Sustainable Business: How Green has Emirates been in 2014? 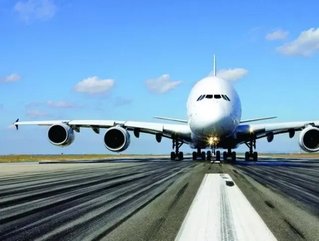 Emirates Group has published its fourth annual Environmental Report which measures and tracks its environmental performance across the business comprising a 75,000 strong workforce.

Covering the 2013-2014 fiscal year, the report, audited by PricewaterhouseCoopers, presents environmental performance data from a range of Group activities, including airline operations, dnata’s cargo and ground handling businesses and a wide range of commercial activities on the ground – from engineering to catering.

Unsurprisingly, airline operations constitute the main environmental impact of the company, and the latest report highlights ongoing improvements in Emirates’ fuel efficiency as the airline continued to add new aircraft to its fleet and prioritise fuel-saving operational techniques.

The airline’s eco-efficient fleet, among the leaders worldwide in terms of fuel efficiency and environmental performance, has helped improving performance.

The improvements have been driven by deliveries of 24 new passenger aircraft and freighters, and the removal from service of four older aircraft, together with ongoing efforts to drive operational efficiencies across the existing fleet.

With an average fleet age of only 6.2 years versus the global IATA wide body fleet average of 11.7 years, Emirates’ fuel efficiency results are 14.5 percent better than the IATA average.

His Highness Sheikh Ahmed bin Saeed Al Maktoum, Chairman and Chief Executive, Emirates Airline & Group, said: “As the Emirates Group continues to expand its global operation and build its workforce, we endeavour to meaningfully fulfil our environmental responsibility wherever we operate.

“The Environmental Report is a report card for our continuing efforts in this regard, and also a performance benchmark against the previous year and with the industry. It illustrates our successes, as well as areas for improvement.”