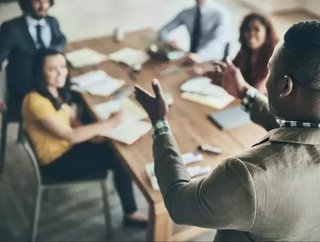 In no particular order, Business Chief takes a closer look at 10 of the most influential business leaders committed to philanthropic efforts in Africa...

In no particular order, Business Chief takes a closer look at 10 of the most influential business leaders committed to philanthropic efforts in Africa

James Mwangi is the current CEO and Managing Director of Equity Bank Ltd.. Its philosophy is to exist to transform the lives and livelihoods of its people, socially and economically, by providing them with modern and inclusive financial services that maximise opportunities.

In addition to his roles at the bank, Mawangi is Chairman of the Equity Group Foundation, a non-profit organisation that was established in 2008. The foundation aims to support people in Africa through financial services and technological innovation.

Iyinoluwa ‘E’ Aboyeji, is a philanthropist and entrepreneur who has established and managed various technology companies in Africa, such as Flutterwave (for which Aboyeji is both a co-Founder and Managing Director), Andela, Talent City Inc., and Street Capital. His establishments as an entrepreneur have been built on the mindset of building an African future that is connected to the global economy.

In 2019, Aboyeji co-founded Future Africa, a platform that provides capital, coaching and a community for mission driven innovators that aspire to build prosperity and purpose on the continent.

8. Nassef Sawiris and the Sawiris family

In May 2019, Sawiris made multiple donations totalling US$24mn to help further develop education at the university of Chicago.

In 2001, the Sawiris family established the Sawiris Foundation for Social Development, which is dedicated to contributing to Egypt’s growth by creating sustainable job opportunities, and empowering citizens to build productive lives and achieve their full potential.

Adenuga, is committed to serving the needs of his country and continent by helping to ensure a future of social and economic growth. Adenuga is very private about his philanthropic activities. However, it is known that he has established an organisation - the Mike Adenuga Foundation - to improve the future of the region, and achieve social and economic independence for the continent. In 2012, Adenuga  contributed US$3.2mn to help the flood victims of the Bayelsa province.

Mo Ibrahim is the Founder of Celtel International, a telecommunication company established in 1998 and later sold in 2005 for US$3.4bn. The company has changed owners several times over the years, but today the company no longer exists as a separate entity and is now a part of Zain.

In 2006, Ibrahim established the Mo Ibrahim Foundation which focuses on the critical importance of governance and leadership in Africa. The foundation is a non-grant and non-fundraising organisation with four core initiatives: Ibrahim index of African Governance (IIAG), Ibrahim Prize of Achievement in African Leadership, Ibrahim Governance Weekend (IGW) and Ibrahim Leadership Fellowship.

Strive Masiyiwa is the Founder and current Executive Chairman of Econet Group, a telecommunications, energy and technology company.

In 1996, Strive Masiyiwa and his wife Tsitsi Masiyiwa, established the Higherlife Foundation to invest in Africa’s human capital and build thriving individuals, communities, and sustainable livelihoods.

In 2014, the couple joined the Giving Pledge. “In making this pledge, to give no less than 50% [...] we are fulfilling what the Apostle Paul said in Acts 20:35, concerning giving: ‘I have shown you in every way, by laboring like this, that you must support the weak. And remember the words of the Lord Jesus, that He said - It is more blessed to give than to receive’.”

As Founder, President and Chief Executive of Dangote Industries Ltd., Aliko Dangote (GCON) is the richest man in Africa. Dangote started his business in 1978, with the ambition “to provide local, value-added products and services that meet the basic needs of the populace.”

Over the last five years through the Aliko Dangote Foundation, Dangote has given more than US$100mn to various educational, artistic and humanitarian causes.

Although he is known for his wealth, Dangote strives to change this perception, wanting to be known for his philanthropic efforts. "I do not only want to be known as Africa's richest man, but the biggest philanthropist. I will continue to use my resources and my voice to help shape a better Nigeria, and Africa,” said Dangote.

Mohammed Dewji, is the current CEO and President of MeTL Group, which was founded by his father in 1970.

In 2014, Dewji established the Mo Dewji Foundation, which is dedicated to enriching lives and alleviating poverty and hardship. “I have been blessed and I am very proud of the success of my company […] I believe in putting money back into my country first and foremost,” commented Dewji.

Patrice Motsepe is the Founder and current Executive Chairman of African Rainbow Minerals - a mining and minerals company - which he established in 1994.

In 1999, Motsepe and his wife - Dr Precious Moloi-Motsepe - founded the Motsepe Foundation which was established on the African philosophy of ‘ubuntu’ - the concept of giving and caring for your neighbours and community.

14 years later, both Motsepe and Moloi-Motsepe joined the Giving Pledge.. “We recognise the huge responsibility and duty that the Motsepe family has to poor, unemployed, disabled, women, youth, workers and marginalised South Africans. We also have an ongoing obligation of nation building, uniting black and white South Africans and contributing towards making Africa and the world a better place.”

Over the years, Ngozi Okonjo-Iweala has held several positions in finance and banking, including Minister of Finance and Economy for Nigeria where she led the implementation of a comprehensive economic reform to stabilise the macroeconomy and triple its growth rate.

In addition to her role as Minister, Okonjo-Iweala held the position of Managing Director at the World Bank where she supervised the bank’s operations in Africa, Europe and Asia. During her time at the bank, she spearheaded several initiatives to assist food and financial crises, as well as replenishing over US$40bn for its International Development Association (IDA).

Alongside her roles in finance, Okonjo-Iweala is a member of and chairs multiple boards and advisories with the ambition to improve lives around the world, including: ONE Campaign, the World Resources Institute, the Rockefeller Foundation, the African Institutes of Science and Technology and the Center for Global Development (CGD).