UK most important market for US business leaders, report PwC 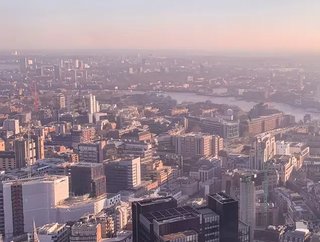 The UK overtakes China as the favoured growth market for US chief executives and is increasingly key for CEOs worldwide, PwC’s Global CEO Survey reveals

The UK has overtaken China to become the number one market that US CEOs are looking to for growth, according to the just-released PwC’s 25th Annual CEO Survey.

The survey, which polled some 4,500 CEOs across 89 countries in October and November 2021, found that more than a third (37%) of US CEOs selected the UK as one of the three countries or territories that are most important for their companies’ revenue growth prospects over the next 12 months, marking a 16% increase from last year’s survey.

The UK has now overtaken China (26%), the preferred business target of US leaders for the last two years, and Germany (24%).

UK increased in importance as growth prospect for CEOs globally

In fact, the survey finds the UK has become a more important growth prospect to CEOs globally. Fourth in the ranking, the UK has narrowed the gap with Germany, in third, with some 17% of CEOs globally selecting the UK as a top-three growth target, up from 11% in 2021 and 9% in 2019.

So, what is making the UK such an attractive proposition right now?

While longstanding draws such as UK’s trusted legal and business environment, there are a number of factors that make the UK ripe for investment, namely that the successful vaccine rollout and significant government funding has given the UK a head start on post-pandemic recovery.

“Our listed assets represent good value, at a time when many investors have full war chests to spend on resilient businesses,” says Kevin Ellis, senior partner at PwC. “The challenge and opportunity is to attract the right investments and partnerships to deliver sustainable growth across the UK.”

UK CEOs optimistic about 2022 and beyond

While business leader optimism is high globally with 77% of CEOs worldwide expecting global economic growth to improve in the year ahead, up 1% from last year and the highest recorded since the survey began in 2012, optimism is particularly high among UK CEOs.

Despite continued pressure on sectors such as hospitality or those with ongoing supply chain issues, “business leaders are confident the economy is on an upward trajectory”, says Ellis.

More than four in five (82%) anticipate improvements in the year ahead, up from 77% last year, and in contrast to business leaders in the US, China and Germany who are less optimistic than they were a year ago. And more than that, almost one in five (18%) UK chief executives think the global economy will improve significantly, compared to just over one in five (11%) last year.

This optimism is reflected in headcount plans, with three in four (75%) UK CEOs planning to increase the number of people they employ, a 16% rise on last year. “The extent to which the headwinds of rising inflation and the continuing impact of Omicron dampens confidence remains to be seen,” adds Ellis.