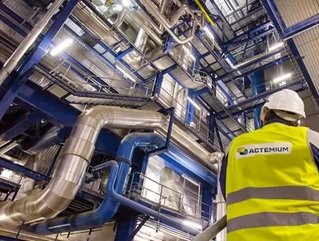 VINCI Energies is renaming its Cegelec Oil and Gas business to Actemium in the Middle East, the company confirmed at ADIPEC 2014.

Having acquired the business in 2010, Vinci Energies has now placed the Middle East company into its Actemium brand, which turns over $2.6 billion, in a bid to help it address different industries and sectors.

Jimmy Neron, commercial director at VINCI Energies Oil & Gas, said: “It gives an opportunity to join a major network worldwide in 38 countries. We benefit from the strength of the network of VINCI Energies.”

The company already has a strong presence in the region with operations in Abu Dhabi, Qatar, Bahrain and Saudi Arabia, and Neron outlined intentions to expand into Kuwait and Oman. The Iraqi market also has huge potential for VINCI, though current instability is limiting its activity for the time being.

Actemium has projects in the onshore and offshore spaces and also carries out modification of existing facilities, refinery upgrades and other turnkey projects.

Neron said that the business will also be looking to expand geographically into the likes of South East Asia and North America.