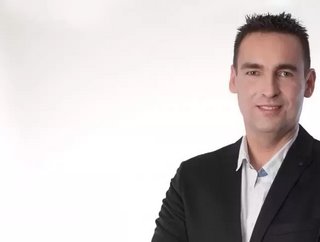 Global entrepreneur and author of The Billion Dollar Secret, Rafael Badziag, discusses the motivations behind a self-made billionaire.

Why people choose to get into business is a very individual decision, and motivations can vary dramatically from person to person - but what is it that motivates some of the most successful business people in the world to work hard to achieve success in their respective fields? Of course, money plays an important role, but this is not the primary motivator for the billionaires that I interviewed. Money is just one of the benchmarks to measure business success. As Naveen Jain, an American space entrepreneur, said to me: “Making money is a by-product of doing things.”

Here are some of the common motivations that have pushed billionaires to reach the highest levels of wealth in a single lifespan.

Often, before you can even consider other motivations, you need to focus on you and your business simply surviving - the first few years of business ownership are incredibly tough, which is why survival may be your initial motivator. You may just want your business to survive the first year before you even consider how this may change your life or the lives of others.

Moving out of poverty towards freedom

For many self-made billionaires, their motivation to be successful came from wanting to get out of the extraordinarily tough environments they grew up in. Both Narayana Murthy and Naveen Jain grew up in India, where they lived in extreme poverty in Western standards. Narayana’s family all lived and slept in one room, whilst Naveen recalls: “My mother was completely illiterate. And my only memory that I have is of my mother making sure that I got an education and her sitting down and asking me to solve a problem without me realizing she can’t read.” Naveen’s mother was passionate that education was the way for him to escape the cycle of poverty. Lirio Parisotto grew up on a Braziallian farm without electricity and running water, not knowing what he wanted to do with his life - all he knew was that he didn’t want to stay there and be exposed to those living conditions, which was his drive to succeed.

Some of the billionaires I have interviewed recognised early on that their freedom would be dramatically increased if they could get out of poverty. This desire for freedom served as a motivator for Frank Stronach, who said: “My motivation was never to be hungry anymore. Be a free man.” Later, his focus diverted towards economic freedom and then onto lifting others from poverty so they too can be free; “In the beginning, it was a question of not being hungry anymore. I’m also fighting for others, because I don’t want to see anybody being hungry.”

“If you want to be really successful in business, first find a problem to solve,” highlights Dilip Shanghvi, now world’s wealthiest person in the pharmaceuticals. Another motivation of self-made billionaires is to provide an innovative solution to a common problem. Michal Solowow, the wealthiest person in Poland, agrees: “I am motivated by problems. Every day I want things to work better. Those problems that I encounter in everyday life lead me to solving them.” An ingrained curiosity to solve problems is a great motivator to succeed.

Furthermore, billionaires fundamentally have creative minds and are always wanting to bring new things to life and make their goals and visions become a reality. Tony Tan Caktiong stated: “I just want to do things. I just want to build bigger things, bigger dreams.”

Rather than being driven by money, Michal Solowow is driven by “a desire to do things well, not perfectly but well.” Wanting to constantly improve and deliver high levels of quality is a common feeling for billionaires. Petter Stordalen is keen “to do things better today than yesterday, but not as good as tomorrow” and Tony Tan Caktiong is motivated by maintaining the highest levels of quality he can, as he describes: “I am happy when in business we achieve really good products.”

Wanting to constantly improve is a great motivator, as it keeps things fresh and always moving forward as you recognise that learning is never finished. Self-made billionaires is a want to always try new ideas and find new opportunities. Both Tim Draper and Manny Stul recognise the value of continuing to learn about the world. Tim clearly described: “The world is discoverable. We should all discover it.”

Many of the self-made billionaires I interviewed were thrilled and motivated by business itself. Their passion for business is so great that this all they need to motivate them. Peter Hargreaves describes how he partakes in different pastimes - fitness, the gym and travel to name a few - but none of these compare to the motivation and desire he has for his business: “I’m passionate about the business. Completely passionate about it. It’s my life’s work.” If you’re not passionate about your business and work, you will struggle to put in the time and effort to build the business towards success.

To be extremely successful in business, you need to show up and compete, and this is another motivation of self-made billionaires. Peter Hargreaves recalls some of his initial feelings when he was establishing Hargreaves Lansdown with Stephen Lansdown, saying: “I just knew I wanted to be the biggest. And Stephen always said he wanted to be the best, and of course, you can’t be the biggest unless you are the best.” This desire to reach the top of your field motivates anyone to invest as much time and energy as possible in their business. He describes “Did I envisage this success? Well, yes. The only thing I could not have envisaged was the size of the numbers.” If you picture yourself at the top, you are much more likely to get there. Sergey Galitsky was initially motivated by survival but this turned into competition and winning after he realised his competitors did not have “intellectual superiority” over him and he could be “number one.”

A big motivator to Chip Wilson is the social impact he and his business are having: “Money doesn’t necessarily get me up in the morning. What gets me up in the morning is changing people’s lives and focusing in first on people, their development.” In addition, all of the billionaires that I interviewed support their employees or the public through their products and philanthropic activities. For example, Cho Tak Wong has spent more than $1 billion on philanthropy and Narayana Murthy’s Infosys spends 2% of its annual profit on philanthropy, which amounts to $50 million each and every year. It is clear that developing and supporting others is a considerable motivator for self-made billionaires.

Self-made billionaires are motivated by much more than money; for some, it is overcoming extreme poverty, for others it is continuing to learn and being curious about the world. I will leave you on the motivational philosophy of Tim Draper - he advises: “You have an opportunity to make an impact, and you have about 80 years to do it. GO!”