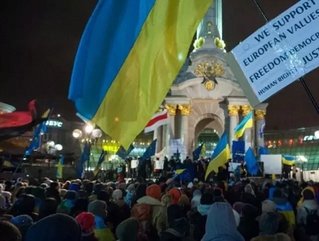 The eyes of the world have been firmly fixed Ukraine following the absorption of Crimea into Russia and the galling plane crash of MH17 which saw 289 people lose their lives.

Such events has seen increasing pressure for the powers of Europe and the United States to impose stronger sanctions on supposed Russian intimidation.

In the midst of political turmoil the West imposed an asset ban and travel freeze on selected Russian officials, and ramped this up to include sanctions on the oil, defence and technology sectors. Further sanctions will continue to isolate the Eastern European nation from the global economy.

The potential impact of this on business in the Middle East is massive.

Many Gulf States including Saudi Arabia, Kuwait and the UAE rely hugely on selling hydrocarbons, so restrictions on Russian imports of oil could see a sizeable price hike for exporters in the Middle East.

This, according to economic and legal expert Sarosh Zaiwalla, may seem like an initial positive as higher prices deliver higher incomes, but this positive is off-set by the fact that the US must remain sensitive to the Iraqi economy. Fluctuating oil prices are likely to destabilise the Iraqi economy even further.

In the agriculture sector, Russian and Ukrainian wheat exports are crucial to many countries in the Middle East, a region even more dependent on agricultural imports than Sub-Saharan Africa. More than 50 percent of Russian wheat exports find their way to Egypt, Lebanon, Jordan and Yemen.

If sanctions limit Russian ability to export wheat, the Middle East may well be subjected to higher prices as the region is forced to seek alternative sources.

And with ongoing political and military tensions in Iraq and Syria, it is becoming ever more apparent that Western efforts to encourage stability will require the support of Vladimir Putin, one of Syria’s most noteworthy allies.

Despite the obvious dangers to Middle East business brought by imposing sanctions on Russia, it may in fact turn out that the EU and the United States can ill afford to isolate the country any further.