Top 6 female CEOs in Ireland, as country leads on diversity 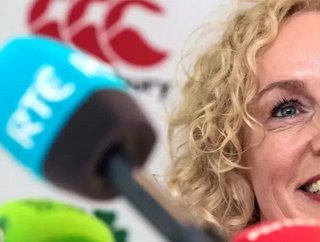 Ireland leads the global ranking for women in top jobs, with a higher share of top firms run by women than any other of the 24 countries surveyed, including the UK, US, Canada, Australia and Singapore.

Ireland’s top 20 Iseq companies have the highest ratio of female chief executives among stock indices globally at 14%, according to research by global headhunting firm Heidrick & Struggles.

This makes them twice as likely as their European counterparts to have a female CEO, with the European average at 6%.

While Ireland’s progress on appointing female CEOs is clearly strong in comparison with global figures, there remains some way to go for representation of women at the top.

This is in line with figures released mid-year by the Ireland Central Statistics Office which showed that in 2021, one in eight chief executive officers in Ireland are women – taking into account a large proportion of companies. In fact, 36% of the senior executive appointments in the last year went to women.

The report found that small gains have been made in female representation at big companies in Ireland over the past two years, but that more was needed.

As a celebration of Ireland leading the world on top female execs, we highlight our top six female CEOs. Seasoned financier and British national Francesca McDonagh has led Bank of Ireland, the largest lender to the Irish economy, for the last four years – following two decades in banking. With HSBC for 20 years prior, Francesca held leadership roles in Asia, Latin America, the Middle East and Europe. Before joining Bank of Ireland she served as head of HSBC’s retail banking and wealth management business in the UK and Europe. An experienced global retail banker with an exceptional track record – both in financial performance and in her leadership of transformation to drive future results in a range of senior banking roles – Francesca’s services to banking earned her an OBE in 2018. The Oxford University graduate was selected in 2014 to be a Young Global Leader of the World Economic Forum, and previously served on the Board of the British Bankers’ Association. The second woman ever to head an Irish listed company, Siobhan Talbot, 57, is arguably the most senior woman in the business in Ireland. Unusually, it is her expertise in both farming and finance that has launched her to the top of the corporate world, serving as chief executive of nutrition giant Glanbia since 2013. Siobhan has been with the company for nearly 30 years, including in her previous role as CFO, during which time the firm has grown exponentially from a dairy co-operative with a clientele of farmers to one of the world’s leading nutrition companies with eight brands under its belt, including SlimFast. After successfully overseeing a deal to spin off Glanbia’s Irish dairy and agribusiness operation in 2017, Siobhan clinched the Irish Times Business Person of the Year award. She currently leads a global team of 6,000 employees across 32 countries. A fellow of Chartered Accountants Ireland, prior to Glanbia Siobhan worked at PwC in both Dublin and Sydney. A cancer survivor, Siobhan has two children. With 25 years of experience in telecommunications and leadership, Anne O’Leary has been with Vodafone Ireland for nearly 14 years, first as Enterprise Director before landing the top job in 2013. For the last nine years, she has led the company’s continued investment in the country’s telecommunications infrastructure, resulting in the nationwide rollout of 4G and more recently 5G. She also oversees SIRO, Vodafone’s joint venture with the ESB, who are investing €450m in the rollout of high-speed fibre broadband across the country. Passionate about diversity and inclusion, under her tenure, Vodafone has increased the percentage of women in the senior leadership team (now 63%) and secured a position for Vodafone as one of Ireland’s top 20 Great Places to Work. An equal advocate of wellbeing, Anne has embraced new ways of working, with flexible hours for all employees. Prior to Vodafone, Anne was a Managing Director at BT Ireland. She was awarded an Honorary Fellowship by the Irish Computer Society in 2017 in celebration of her significant contribution to the ICT sector, and landed the highly coveted Business Person of the Year Award at the Business & Finance Awards 2019. Credited with being the first-ever female chief executive of an Irish publicly quoted company, Anne Heraty founded recruitment company Cpl Group in 1989, aged just 29, and has built it into Ireland’s leading employment services provider. She’s also chalked up an array of awards, including being named Leading Lady Entreprenuer 2005 by Europe’s 500. Last year, Cpl was acquired by Japanese group Outsourcing for almost €318m, offering the chance to be part of a wider, better-resourced global recruitment group. The Irish company retains its brand, however, and Anne remains the company’s largest shareholder and CEO and was appointed to the global board of directors of Outsourcing. An advocate of women in business, Anne called on the Government earlier this year to use the transformation of work practices that have been expedited by the pandemic as a means to advance gender parity. And she is also heavily involved in youth education and development. With a degree in maths and economics under her belt, Anne started out at Xerox, where she was one of Ireland’s first telesales workers, before being promoted into direct sales. Following a stint working for Grafton Recruitment, she left to set up Cpl. She lives in south county Dublin with her husband and two children. Since 2017, Margaret Sweeney has been head of Irish Residential Properties (Ires) Reit, the country’s biggest residential landlord, which recorded a 30% increase in net rental income during the first six months of 2021. A leader for more than two decades, Margaret served as CEO of both Dublin Airport Authority (daa) and Postbank Ireland prior to joining Ires Reit. It was her extensive real estate experience, including leading the development of the daa property portfolio that landed her the top job at Ires Reit. She has expertise in operating in highly regulated markets across different industry sectors in Ireland and internationally throughout her career and spent 15 years in audit and M&A with KPMG Dublin. A fellow of the Institute of Chartered Accountants, she has served on the board of Dalata Hotel Group for the last eight years. Having joined telecommunications giant eir more than a decade ago, Carolan Lennon secured the top job in 2018 marking the first time the company had been led by a female chief executive. Not only did she break the glass ceiling herself, but as an advocate for gender diversity, since being at the helm of eir, Carolan has implemented a new management team composed of a 50/50 split; and she leads its sustainable business strategy. Prior to becoming CEO, she was eir’s MD of its networks and wholesale division, Open eir, leading the largest team in the business and the rollout of fibre broadband to connect 300,000 homes in rural Ireland. She has a wealth of experience in the telecoms and tech sectors, having previously served as Vodafone Ireland’s Consumer Director and Marketing Director and prior to that held a variety of different tech roles in Allianz. She has an MBA from Trinity college.