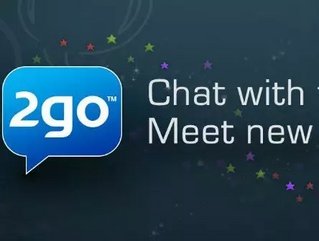 African mobile social network 2go has launched its long awaited for app for AndroidTM on the Google Play StoreTM.

The company, which scaled to more than 10 million active users with only four developers, has been actively recruiting developer talent over the past six months to help accelerate it in to the smartphone market.

In Nigeria, where 2go is the largest social network, feature phones still dominate with around 88 percent market share, although AndroidT is growing increasingly important.

“Android is the fastest growing mobile platform across Africa, and with sub US$50 Android devices on the horizon, 2go’s mostly feature phone user base can now migrate with 2go as they move to smartphones”, said Alan Wolff, who founded 2go with Ashley Peter while still at university in Johannesburg in 2007.

Taylor notes that this trend is accelerating across Africa. “In Kenya, which is a more mature Android market, 52 percent of monthly sales are Android phones,” Taylor added.

“The team spent a long time refining the product to ensure that it matches, and hopefully surpasses the high quality, intuitive user experience of the feature phone version of 2go.

“We wanted to maintain the same fun social experience, but also create a beautiful product that looks, feels and behaves like a smartphone app”, said Ashley Peter, co-founder of 2go.

2go for Android now includes push notifications and a sleek user interface, which is intuitive and easy to use.

“Version 1 of 2go for Android is a good first step and we have received great feedback from users. But you can expect much more from us in the next few months as we refine the app and add functionality”, added Peter. “This is just the beginning for 2go on smartphones.”