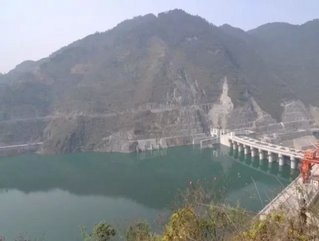 The project aims to transmit power from new generation sources into the Kinnaur district of Himachal Pradesh, paving the way towards harnessing 23,000 MW of hydro power potential in the state.

The project scope includes design, engineering, manufacture, supply, testing, and commissioning of the 66 kV GIS, substation automation and control system. All equipment will be produced by Alstom’s state-of-the-art manufacturing facilities across India.

Himachal Pradesh, a mountainous state with five major rivers flowing through from the western Himalayas, is abundant in water resources.

To harness the hydropower potential requires a reliable means to transmit the power to the end-consumer, without destabilising the network from power overload. Alstom’s new GIS in Urni will draw in the power from new generation sources, including hydropower, before transmitting into the grid.

“Alstom has been localising GIS manufacturing activity in India since 2009 in Padappai near Chennai, and currently leads the GIS market in India. To date, Alstom has supplied approximately 700 GIS bays in the country, covering a range of voltages from 66kV to 400kV.”

GIS is the preferred technology for hydropower plants, difficult terrains such as mountains, coastal areas and cities.

Its compact and enclosed design makes it ideal for smaller footprint and low maintenance applications. It is well-adapted for areas where space is scarce, such as cities and regions where cost of land is high.

Alstom T&D India has over 100 years of expertise in building the transmission infrastructure for the country, and Alstom as a whole had sales of over €20 billion and booked €21.5 billion in orders in 2013/14.