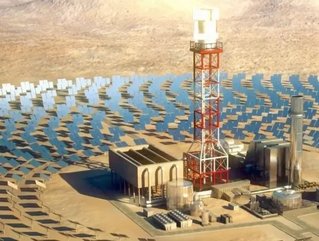 Israel’s BrightSource Energy has received vital funding from the European Investment Bank (EIB) enabling it to press ahead with plans for the country’s largest solar power project.

The project is part of Israel’s goal to source 10 percent of its electricity needs from renewable energy sources by 2020. Last year renewables accounted for less than one percent, with the new schemes planned for this expected to take that figure to 2.25 percent.

The financing boost will allow the companies to start the construction works of Ashalim - which will employ about 1,000 people during this phase and is scheduled to be completed in early 2017. The 121 MW solar thermal power plant is to be located in the Negav desert on 3.15 square kilomometre plot.

The project will combine Alstom’s experience in the field of turnkey power plants and key power equipment, such as steam turbines and solar receiver steam generators, with BrightSource’s advanced solar field technology

David Ramm, BrightSource Chairman and CEO, said: “The use of BrightSource’s proprietary technology at Ashalim reflects the growing interest in international markets for power that is clean, cost competitive and reliable, and the continual evolution of our technology strategy.”

“As a global supplier of solar tower technology solutions, BrightSource is positioned to tap into growing renewable energy demand from governments and utilities around the world. This is the first in what we expect will be a number of strategic partnerships with Alstom to leverage the expertise of both firms”.