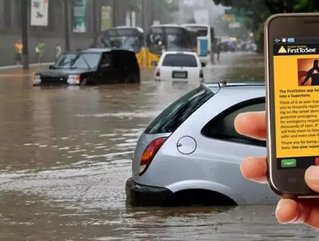 The massive successes enjoyed in Silicon Valley forever dwarf the African tech scene, but despite this there are some truly amazing things happening on the continent, especially in the vibrant tech-hubs found in Kenya, Ghana and South Africa.

I have been an entrepreneur since I was 19, when I started a student event organising agency called Sinsation Promotions.

Starting Sinsation was actually a no-brainer: after working for a friend selling black bags door-to-door for two weeks, I knew then already that I could never work for anyone but myself.

You may be wondering how any of this makes any opinion I may have on the African tech-startup scene to be of any value, but this brings is where the second venture I’m involved in comes in.

The second venture I currently co-own and manage is what opened my eyes to the many great tech stories on our continent. Magnetic is a cloud-based, end-to-end business management solution that helps streamline business and increase efficiency and profits.

While many were sceptical when the idea to launch it first came to mind, the success Magnetic has achieved in a relatively short space of time has put those nay-sayers to bed.

However, the response from the business community allayed all those fears. In two short years, Magnetic has become so successful that Tim Bishop (acknowledged as the ‘father of mobile’ in South Africa) has invested in our company so that we can take it international.

The success of the venture has been heart-warming. However, what I’m also incredibly grateful for with Magnetic is how it has opened my eyes to the amazing work being done throughout Africa’s tech scene, as well as the opportunities that are now available.

Of course, relative to Silicon Valley, we are a small community, but what cannot be denied is that we match our international friends when it comes to passion. In fact, I’d go so far as to say we more than match them.

Whether it’s here in Cape Town, South Africa, or in Lagos, Nigeria, in Nairobi, Kenya, or even in a tiny village outside of Accra, Ghana, what’s happening is that Africans are developing a slew of technologies that address African concerns.

If ever there was a living, breathing example of “African solutions for African challenges”, it would have to be our tech scene.

Here are four examples of how start-ups can be successful witha  bit of innovation:

WooThemes was started in 2008 by three Wordpress enthusiasts who met online, from three different countries, South Africa, London and Norway.

It has now grown into an international team of designers, developers and support ninjas catering for a passionate community of hundreds of thousands of users.

From starting out selling a handful of commercial WordPress themes the company, based in Cape Town, now offers a huge catalogue of feature rich themes, and a suite of plugins that extend Word Press experience, and the ambitious team have even more exciting plans lined up for the future.

South African mobile social networking platform Motribe was started in August 2010 by founders Nic Haramlambous and Vincent Maher with the aim of empowering brands to set up mobile web communities.

Motribe is a platform that allows anyone, anywhere to build, manage and generate revenue from their own social mobile website and it grew to 1.5 million users in just 10 months.

In 2012, it was taken over by Mixit, Africa’s largest social network, becoming one of the first start-ups founded, funded and exited in the ‘Silicon Cape’.

Ushahidi is a global non-profit technology company with its origins in Kenya. Today Ushahidi’s mission is to change the way information flows in the world and empower people to make an impact with open source technologies, cross-sector partnerships, and ground-breaking ventures.

The company is responsible for founding the iHub, a technology hub in Nairobi which has helped build the technology community in East Africa, growing to over 14,000 members, has incubated 150 tech start-ups that have created more than1,000 jobs.

It originally grew from a website which was initially developed to map reports of violence in Kenya after the post-election fallout at the beginning of 2008. Ushahidi means testimony.

M-PESA is an innovative mobile money transfer solution which enables customers to send and receive cash as well as make payments anytime using a handset and Safaricom line.

Introduced seven years ago by Kenya-based telecommunications’ company Safaricom, it has continued to lead the world in mobile money technology and has been a source of great transformation in the lives of Kenyans.