China’s Great Firewall: why European e-commerce is failing in the Chinese market 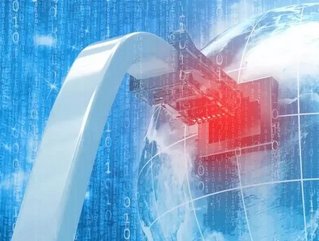 The vast majority of European brand websites are delivering a poor experience for Chinese consumers, frustrated at the amount of time web pages take to load.

Some 85 percent of European websites fail to load within 4.8 seconds – the amount of time deemed acceptable by Chinese users. Worryingly for European brands, 60 percent of websites take up to five times longer for Chinese users to access.

According to a report released by CDNetworks, this poor performance is having a damaging effect on brand reputation, leading to concerns over security and brand longevity. It is also impacting revenues, with users immediately seeking alternative websites to make purchases.

Many of the issues European brands face can be attributed to China’s ‘Golden Shield’ or ‘Great Firewall’ as it is otherwise known. Its tendency to impact web searches, block content and occasionally make domains inaccessible, can cause unacceptably slow load times. Unless these challenges are anticipated and mitigated, they can have hugely damaging consequences.

To make matters for European brands worse, Chinese users are unsympathetic to the issues the Golden Shield creates and are losing patience with ongoing poor online performance. In fact, half of all Chinese users believe European brands should be capable of overcoming these challenges. More than half (60 percent) admit to actively avoiding non-Chinese websites with 44 percent of Chinese users believing non-Chinese brand websites perform consistently worse than native equivalents.

Additional key findings from the report include:

“The Chinese market represents a hugely lucrative opportunity for European brands eyeing global expansion,” says Alex Nam, Managing Director, CDNetworks EMEA. “A reliable and powerful online identity plays a critical role in establishing core brand values and making a positive first impression. Too many European brands are falling short of achieving this and will find it very difficult to recover negative perceptions without fully understanding how to navigate the complexities of delivering a positive online experience to Chinese users. The financial rewards for getting it right are significant.”

The full paper, entitled “European websites are letting Chinese users down”, is available to download.