Co-location: the rise of the data centre 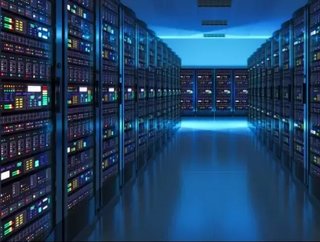 The Internet of Things (IoT), gaming, virtual reality (VR), and streaming media are only a handful of the latest technologies that have provided a number of opportunities for businesses to capitalise on. However, these technologies have also resulted in an unprecedented volume of data, which far exceeds the capabilities of many organisations’ IT infrastructure capabilities.

In response, the industry has undergone a significant shift in traditional IT management, from having on-site IT servers and racks, to one where organisations have instead begun to see the true value in outsourcing by moving to third-party suppliers, notably colocation facilities.

The colocation market has been steadily rising in popularity as the latest report from 451 research indicates that the sector will be worth an incredible $33.2bn worldwide by 2018. As technology continues to innovate, colo facilities have taken the burden off of organisations by providing a cost-effective and dedicated service to better coordinate their IT infrastructure.

Traditionally, most organisations have favoured a capital expenditure (CAPEX) approach to supporting their IT infrastructure with the major costs centred around the upkeep of servers and racks as well as employing the relevant IT staff to manage this. As times have changed and IT demands have intensified, more companies are now looking to switch to an operational expenditure (OPEX) model, which is provided by an outsourced service.

Competitive pricing has also been another benefitting factor for colocation providers. Many are seeing the promise of developing their sites on the outskirts of Tier-1 cities, allowing for both cheaper and larger land in which to build the facility. This not only affords its customers better prices compared to major city providers, but also provides the space required to scale-up services in order sustain performance in the face of new technologies.

As a result, and for SMEs and start-ups especially, outsourcing to third-party specialists has become a lucrative option. Not only can the money saved be reinvested back into critical business operations, but also a guarantee that the outsourced provider possesses the knowledge in order to manage an effective IT infrastructure.

Additionally, the importance of having specialist IT staff to manage this has increased following a wave of growing DDoS, affecting organisations of all sizes. Colo facilities are equipped with both physical and cyber security policies that protects against these type of losses. Cyber security in particular, is often a complex area and the expert staff here are best placed to mitigate risks.

Overall, outsourcing to a colocation facility is major asset for organisations of all sizes. As technology continues to innovate, the pressure this has on both staff and resources has given rise to third-party specialists to manage and maintain an organisation’s IT infrastructure. While the major technology companies such as Facebook and Google will continue to develop their independent sites, it is often limited to the largest players in the industry. The colocation facility on the other hand, has opened the doors for all.