Cradlepoint: Until 5G Arrives Everywhere in the UK, What Can Wireless Do For You Right Now? 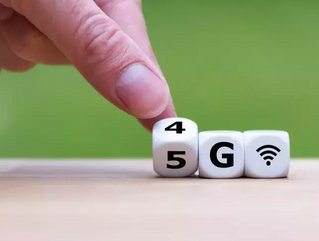 Todd Krautkremer is the CMO Cradlepoint. Here he explains how Gigabit-Class LTE leverages many of the same technologies that are forming the foundation of 5G.

5G has arrived in the UK, and with EE’s recent rollout of services in six cities, a pathway is emerging to general availability. But, as we’re much closer to the start of that journey than the end, what can businesses do right now to use today’s advanced 4G LTE technology to benefit from high-speed wireless connectivity?

4G LTE has been a global success story.  It has allowed us to work, relax and connect in ways that could not have been possible in the 3G world.  It’s created new business models and allowed the likes of Uber and Facebook to become hugely influential.  While 5G has been hogging the headlines, 4G LTE has been steadily evolving to connect faster than ever before.  Wireless carriers have been investing in aggressively upgrading their LTE infrastructure to deliver Gigabit-Class LTE as part of their own pathway to 5G.

Gigabit-Class LTE leverages many of the same technologies that are forming the foundation of 5G.  For example, 256 QAM allows carriers to cram more bits into the same spectrum, 4x4 MIMO enables more radio bandwidth between user equipment and towers, and Carrier Aggregation (CA) is a form of inverse multiplexing of spectrum channels to deliver wider bandwidth and faster speeds.  Some carriers are more vocal about their use of Gigabit-Class LTE than others. In the US, for example, AT&T has boldly called their upgraded Gigabit-Class LTE network 5G Evolution or 5GE. The resulting controversy has ended up in the courts.

But, let’s put those definitions, disagreements and marketing battles aside for a moment, and examine what Gigabit-Class LTE can offer today.  For organisations that want to extend the reach, reliability, and speed of their enterprise branch networks without all of the complexity challenges of traditional wired connections, Gigabit-Class LTE can today provide as much as 80% of the value of 5G.

Gigabit-Class LTE, along with the arrival of unlimited, ‘no overage’ data plans, represents the missing link for many organisations that have been thinking about replacing wired access links for wireless at their branch locations.  LTE has already carved a valuable role as the go-to connection for failover and Day-1 connectivity, but now, it’s is a viable option for primary WAN connectivity as well. This allows organisations to ‘cut the cord’ and replace multiple cable and DSL providers – often stitched together to provide a branch network – with just one or two wireless providers.  In doing so, they can also realise a significant improvement in WAN uptime.

Similarly, wireless edge routers designed to provide a ‘Pathway to 5G’ will enable enterprises to take advantage of 5G when and where it arrives at branch locations.  They can do this, and work seamlessly with existing LTE sites, without disruptive or costly upgrades.

Organisations that depend on mobile workers and mobile networks, such as emergency services, transportation companies, utility companies and many others, are already seeing the power of secure in-vehicle networks using reliable LTE connectivity.

In many of these sectors, vehicles have evolved to become remote offices and field-based communications hubs.  This has been key to allowing users to access mission-critical applications and the Internet from anywhere. They also keep data flowing to and from the cloud across a variety of IoT devices, including vehicle telemetry systems, sensors and surveillance cameras.  In larger vehicle fleets, organisations are deploying routers that support and intelligently manage traffic across multiple, concurrent mobile providers to ensure they have non-stop networking.

The Future is Wireless

Whenever the performance and economics of wireless converge with a wired rival, wireless always wins.  That point of convergence is about to happen in the WAN space. Looking back at recent tech history, the pattern repeats: cordless phones have pretty much killed off corded ones—that’s if your home phone has not already been replaced by your mobile phone.  Wireless speakers and Bluetooth headsets are rapidly displacing more awkward wired options. And, wireless LANs usurped wired Ethernet in the office and public spaces over a decade ago.

5G is on course to deliver the biggest communications transformation since the Internet, and the wireless WAN wave is now upon us.  On our journey to this faster future, Gigabit-Class LTE delivers 80% of the value that most enterprises want today – a faster and pervasive wireless connection.  For anyone building a wireless edge strategy, having a built-in pathway to 5G can help ensure they are ready for the future.