Data centres set to cash in on Pokémon Go 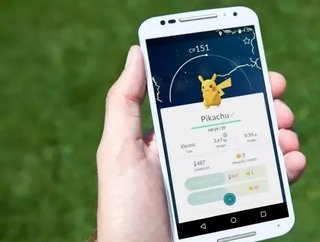 The delayed UK launch of Pokémon Go, due to concerns surrounding ‘server overload’ understandably caused frustration amongst gamers and enthusiasts across the region, all of whom wanted to get their hands on the biggest craze currently sweeping the planet.

But one party which was certainly not complaining was the data centre community, according to Greg McCulloch, CEO of Aegis Data, as he believes the industry has finally found the catalyst that will propel gaming into becoming a critical market for data centre operators.

Pokémon fever is rife across the globe thanks to a new augmented-reality version of the 90’s monster-collecting game, which sees players hunt through real-world locations for digital critters. Pokémon Go, produced by Nintendo and Niantic, officially launched on iPhone and Android last week in the US, Australia, New Zealand and most recently Germany, with the phenomenon already being widely felt with Nintendo adding $7 billion to it’s value with shares rocketing up 53 percent, and all before it hit mainland Europe.

Pokémon Go has now officially launched in the UK, but such was the early demand that the makers initially decided to postpone the UK launch due to concerns that server capacity would crumble under the weight of demand – something already seen in Australia, as UK gamers looked to steal a march by registering themselves as being based in Australasia in order to start catching ‘em all’ early.

According to McCulloch, Pokémon Go could well be the game which finally allows the data centre industry to act on the early promise of the gaming market:

“Traditionally, data centre operators have relied on telco and financial services for critical revenue streams, but as data requirements have grown across different markets so have the opportunities which come with this. For a long-time, streaming and gaming services have very much been one of those markets teetering on becoming a critical business growth opportunity for data centre operators. This is largely driven by demand from consumers wanting compelling, richer, audio-visual content which can be consumed across a variety of mediums such as television, computers, mobile, gaming consoles and tablets.

“Data centre operators have been more than equipped to handle the demands of the gaming sector for a long time now – historically, limited computing power combined with slow connectivity speeds meant there was always a cap as to what could be achieved. The infrastructure is now in place to support this by providing the highest levels of connectivity, storage and qualities of service these new, immersive gaming experiences require. Arguably, it has been a case of waiting for the right opportunity, or game, to come along, which allows the industry to push on and it looks like we might have that now.”

McCulloch continued: “When the news broke that Niantic were originally delaying the launch in the UK, the data centre industry were probably the only ones smiling about this – the reasons of not wanting to overload servers played perfectly into the messaging behind most operators, as these are the types of spikes that they are built to handle. For those looking to capture this demand, understanding the culture of the technology, it’s consumption patterns across different regions, as well as assessing key security concerns are going to be integral. Having dedicated fibre connections to key Internet Exchanges will enable customers to benefit from high connectivity and speeds, allowing the user to have a seamless, unhindered experience.

“Looking to the future, it’s clear augmented reality (AR) and gaming are a match made in heaven. Initially, many technology companies thought AR might first take-off through specialised business applications that, for example, would allow an architect to visualise a finished building project. Instead, it looks like it will be a popular children’s franchise that will see the technology go mainstream and this will likely only be the start. With the necessary infrastructure, connectivity and storage capacity, those in the data centre industry might have just been handed the keys to the castle that allows the early promise of the gaming industry to become a very real and very lucrative reality.”