Demand for IT experts grows in Middle East 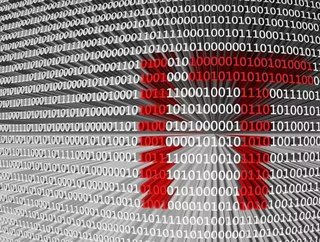 The number of IT contractor roles in the Middle East increased significantly during the first quarter of 2016, according to research from professional services consultancy Procorre.

The study shows that the UAE is hiring the largest number of IT contractors in the region and an IT market worth $4.5 billion. Almost two-thirds (64 percent) of the roles available in the UAE, Saudi Arabia and Qatar are for industry specialists, 14 percent are for project managers and one-in-ten (11 percent) are for engineers.

Wiktor Podgorski, Head of the Relationship Management Team at Procorre, said: “While Saudi Arabia has the largest IT market in the Middle East, UAE is catching up fast as it seeks to become a technology hub for the region. We are seeing growth in both the public and private sectors but there is significant demand for the kind of specialist expertise which experienced consultants can offer.”

One of the sector’s largest employers in the region, Oracle, is planning to hire 250 cloud IT professionals to support a number of projects in the UAE, including the development of a new data centre in Abu Dhabi.

In Saudi Arabia, the government’s recently launched National Transformation Programme highlights IT as one of the sectors the country is focusing on as it seeks to diversify its economy. By 2030, Saudi Arabia plans to double the contribution of the IT sector to its gross domestic product and will be developing a number of data centres and IT parks, most notably within the King Abdullah Economic City.

Qatar, which has the fastest growing IT market in the region, is also planning a move from an oil and gas to a knowledge-based economy. This has created demand for IT services from small and medium sized enterprises and will see the planned extension of Qatar’s fibre optic network to increase the penetration of broadband to 95 per cent. Many of the major IT companies have recently set up new Qatar offices in anticipation of this growth and the need for resources.

Podgorski added: “Countries across the Middle East are actively reducing their dependence on oil by investing heavily in growth sectors such as IT. There are some exciting and rewarding opportunities available for experienced overseas contractors in countries with limited local expertise. Consequently, we are seeing a particular demand for IT industry specialists with over 100 positions available in the UAE alone in the last three months.”