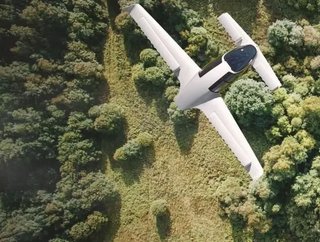 Investment in a flying taxi startup will not only revolutionise electric mobility but it's just part of a very strong year for investment in German startups.

German flying taxi firm Lilium has picked up $90mn (€75mn) in series B funding from a group of investors spread around the world, signalling the strength of the German startup market.

Investors, such as major Chinese technology company Tencent, are backing electric technology startup Lilium's plans to bring a five-seater vertical take-off and landing (VTOL) vehicle to market within the next decade.

The Lilium jet is the next stage in electric transport, allowing passengers to travel five times faster than by car. The goal of the company is to revolutionise transport-as-a-service (TaaS) by allowing anyone to call one of these flying taxis with the touch of a button. Passengers will simply pay per ride and it is hoped the service will become as affordable as riding in a car.

Daniel Wiegand, Lilium's co-founder and CEO says: “This investment is a tremendously important step for Lilium as it enables us to make the five-seat jet a reality. This is the next stage in our rapid evolution from an idea to the production of a commercially successful aircraft that will revolutionise the way we travel in and around the world’s cities. It makes Lilium one of the best funded electric aircraft projects in the world. Our backers recognise that Lilium’s innovative eVTOL technology puts us in the lead in this exciting new industry, with no other company promising the economy, speed, range and low-noise levels of the Lilium Jet.”

The investment will be used for the development of the five-seat Lilium jet that will fly commercially, as well as to grow Lilium’s existing team of 70 employees. The company is aiming for its first manned flight in 2019, with a fully-functional jet. By 2025, on-demand air transport will start to become a reality.

In April, Lilium achieved a world first when the full-sized prototype successfully performed its most complicated manoeuvre – transitioning between hover mode and horizontal flight. There's still a lot of work to be done before the first manned flight but the statistics look promising. Lilium says the jet will be able to travel 70km in just 15 minutes, allowing workers to escape the city in record time.

Lilium's website also states its plans for costings, in comparison with getting a regular road taxi from Manhattan to JFK airport. Taking a car currently costs $56-73. Initial pricing for the journey in a Lilium jet would be $36, going down to just $6 long term as the business becomes more established and the infrastructure grows.

David Wallerstein, Chief Exploration Officer at Tencent, explains the importance of the Lilium jet. He says: “Transportation technologies play a fundamental role in structuring our everyday lives. Lilium’s electric powered eVTOL aircraft offers new mobility options that can benefit people around the world. From under-developed regions with poor road infrastructure, to the developed world with traffic congestion and sprawl, new possibilities emerge when convenient daily flight becomes an option for all of us. Lilium offers a substantial and environmentally-friendly transportation breakthrough for humanity.”

Lilium isn't the only disruptive transport company to receive this kind of investment. In August 2017, German carmaker Daimler was part of a consortium to invest €25mn in Volocopter, a rival flying taxi start-up. Volocopter is progressing quickly with trials of its autonomous air taxi starting in Dubai this year.

Investment in these kind of businesses is important for Europe's start-up scene. Not only are investors thinking about the future of transport and helping to move it along by funding projects such as Lilium, but these developments can only give a boost to other technology companies in Germany.

Germany's start-up scene is booming: in the first half of 2017, the amount of money invested into German companies grew 123% on the first half of 2016. Alongside Lilium, there are a number of other start-ups that are generating interest in Germany and beyond. Almost all of these operate in the tech space, with a number identifying as fintech start-ups.

SolarisBank is just one of these companies. At its core, it is a tech company but it happens to have a German banking license too. The Berlin-based start-up has built an API-accessible banking platform that enables digital businesses to create custom solutions for their varying financial needs.

Also in the fintech vertical are startups like Clark, an insurance company aimed at retail customers; Candis, which develops intelligent financial workflows; and Kasko, another insurance company, this time in the form of a digital platform that allows companies and brokers to market new on-demand products.

Lilium isn't alone, however, when it comes to transport tech. German startups have been racing those in Silicon Valley to reinvent transport for some time. Moia is a company owned by Volkswagen that is building on-demand shuttle buses, equipped with smart AI that will work out where people are and where they want to be dropped off. The AI will be able to trace an optimised route through a town that gets people around quickly and efficiently.

The goal of Moia is to make cities more liveable and efficient with the first tests now starting in a 90 sq km area of Hamburg. The initial fleet of 20 Volkswagen vans will help to develop the technology, with customers' help, for future roll-outs across Germany and beyond.

Germany has long been a leader in efficient, innovative technology but the global interest in these transport companies puts pressure on other startups around the world. Mobility as we know it is changing and whether that change is pushed from Germany, Silicon Valley or somewhere else entirely, it all points towards more efficient travel in our future.