Gorillas, Lilium, Parkdepot - why is Germany a startup star? 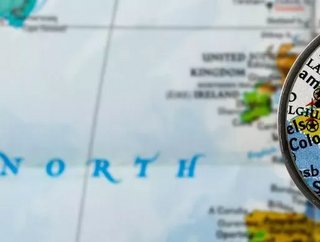 In March too, Munich-headquartered air-taxi startup Lilium announced it was set to go public via a €2.8 billion SPAC deal, while parking lot manager Parkdepot, also Munich-based, and which has seen a monthly growth rate of 30% since its birth in 2019, raised €4.2 million in a seed round.

Germany’s startup scene shows no signs of slowing down. It’s no secret that Germany is one of Europe’s leading startup powerhouses, having attracted US$5.4bn in venture capital funding in 2020, more than double four years ago, and making it Europe’s second biggest startup hub, with Berlin and Munich both in the top 10 of startup hub cities in Europe.

In particular, Germany has fostered deep tech and now ranks third place globally for the highest number of deep tech startups, after the US and China, with AI and machine learning, logistics, mobility and IOT as some of the country’s main strengths.

So why is Germany such a startup superstar?

The country has built a strong ecosystem for startup growth fostered both by a supportive government (during lockdown, the Government introduced a €2 billion state aid package to keep struggling startups afloat) and generous corporate venture investors, such as Siemens, Bayer, BMW and Daimler who actively look for local startup talent to invest in. In fact, Germany has the most active coporate venture investors in Europe with 91% of all non-IPO exists in 2019 related to corporates. with the creation of digital hubs across the country, from the Digital Health Hub of Nuremberg/Erlangen to the InsurTech Hub of Munich. The German government is supportive of startups

The past few years, Germany’s count of unicorns has been rocketing. Take N26. Founded just five years ago, this fintech firm, a bank account that can be managed entirely from a smartphone, is valued at US$2.7 billion, not just a unicorn, but one of the most valuable unicorns in Europe. Also five years old, Personio, a cloud-based HR management and recruiting solutions and software for startups, is now valued at more than US$1 billion; while Mambu, a SaaS cloud banking platform, saw its valuation rise to US$2.1 billion in a recent funding round. Then there’s Wefox Group, a digital all-in-one insurance solution that’s valued at US$1.65 billion.

Founded in May 2020, during the storm of the COVID-19 crisis, the Berlin-based startup set out to offer grocery deliveries within 10 minutes, from cart to doorstep, with users of the app benefiting from access to more than 2000 essential items at retail prices. Founded by CEO Kagan Sumer, the goal was “to change the game in the grocery retail market, which has been slow to implement new and speedier technological solutions”, says Sumer. In just 10 months, Gorillas has expanded to more than 12 cities, including Amsterdam, London and Munich, and built up more than 40 micro fulfilment centres, and boasts a team of more than 2000, including 1000 riders. Recently, Gorillas raised US$290 million a Series B funding round, led by Tencent, taking it to unicorn status at a valuation over US$1 bn. With the funding, Gorillas plans to improve its technology and digital infrastructure to create a unique vertically integrated model and grow the community.

Aviation startup Lilium is set float in the US

Creating the world’s first fully electric vertical take-off and landing (VTOL) air taxi jet, Munich-based aviation startup Lilium, which recently became a billion-dollar unicorn after raising US$35 million from Baillie Gifford & Co, the largest investor in Tesla Inc., is set to go public via a €2.8 billion SPAC deal with Qell Acquisition Corp and will list on Nasdaq under the ticker symbol LILM, leading to a combined company valuation of €2.80 billion. The raised capital will be used to fund the commercial launch of Lilium’s 7Seater Jet, which is planned for 2024. With these battery-powered aircraft that can take off and land vertically, Lilium offers travellers a way to beat traffic and hot between cities, and intends to launch its first network in Florida, where it will site its first Vertiport.

Parkdepot raises €4.2 million in seed round

On a mission to become Europe’s largest parking lot manager within the next two years, Munich-based Parkdepot, has just raised €4.2 million in a recent seed round, which was led by Amsterdam-based henQ. The startup, which counts McDonald’s as a customer in Germany, has seen a monthly growth rate of 30% since its inception in 2019, and now employs 50 people. Parkdepot takes a different approaching to parking lot management, where your ride is parked and stored by combining elements from each sector and innovating with a camera that scans cars that enter and exit parking spaces.