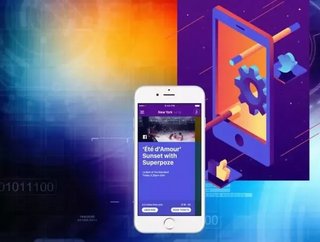 The travel tech scene is growing rapidly with new apps popping up on a daily basis. This is a hard market to break into and even for successful businesses, launching an app isn’t without its challenges. We spoke to French entrepreneur Alban Sayag about his app WINGiT, which allows users to find out what’s happening near them and book tickets straight through the app, all in real time.

Sayag comes from a business background and launched his first start up at 19. He says: “It was for the first wireless ear piece for mobile phones. The technology was very close to what would become Bluetooth. We had to close the business after three years because Bluetooth came on the market and was instantly huge.

“I then started a consulting company, developing apps and websites for other companies. It was quite successful and I sold the business to Capgemini, one of the biggest consulting companies in the world. I worked for them for six years, heading up the business unit and a team of 50 people. I was just 25 at the time. I then spent one year on the other side of the business for an investor Alcatel-Lucent before I created WINGiT.”

As with most successful apps, the idea came from a real need for this in the market. It all started when Sayag was out with friends and needed something to do. The internet and travel apps couldn’t quite deliver when it came to events that were happening in the area that evening and so the idea for WINGiT was born.

The app allows you to improvise like a local, giving you access to events and activities shared by local insiders. Generating this content, was one of the first challenges Sayag faced when developing the app. He says: “If you want content to be real time and hyper local, you can either rely on users to generate content, which is often difficult, or you can analyse social networks.

“This can also prove challenging because you find that you can’t always access the content because you don’t subscribe to all the feeds and pages to get the information when you need it. That’s where we started to bring in the technology.”

WINGiT uses a special algorithm that analyses social networks to find local events happening now. It continuously screens billions of posts and will push relevant ones to a user’s app based on location and time. Sayag adds: “I can’t say much about the algorithm, but it’s not based on specific pages or accounts, it’s based on conversation.

“We analyse public conversations on Facebook, Twitter, Meetup and Instagram, and look for clues to events such as the name of a place and further information such as time and date. When we are sure everything is correct, we match it with other sources of content then publish it to the app.

“Once we find the content, that’s just the first part of the process. We then go through the inventories of ticket providers and try to match them with the event. If we are successful then users will be able to book tickets straight from the app.”

The app originally launched in New York in 2012 but since then it’s expanded into 15 cities across Europe too. Expanding into new countries meant changing the way in which the app worked. Sayag explains: “Even if you have many states in the US, it’s just one country. One thing you are doing right in New York will work the same in San Francisco.  It’s completely different in Europe. It won’t be the same in London as in Madrid, for example, as each country has differences in culture. That’s the challenge in Europe, you have to adapt to any country when launching something like this and not just in the app but your marketing, communication, everything.”

Monetising the app is a strong focus for this year as this is how WINGiT will keep developing. Sayag says: “We’re just starting to monetise the app so if you click to buy a ticket and go through the process, we get a commission on that. That’s one part of the monetisation, and we also work on the B2B side and are giving access to other businesses who want to offer this kind of content to their users. For example, if a magazine wants a things to do section, they can use WINGiT’s content on their site or app.”

As well as further monetising the app in 2016, Sayag is aiming to expand into more countries and grow WINGiT’s user base, he says: “We’re aiming to grow from 20 cities to 100 cities worldwide and from 300,000 users to one million users by end of the year.”

WINGiT is also dedicated to developing the app in users’ best interests. The company already runs monthly focus groups to determine what improvements need to be made and users are encouraged to give feedback on which cities they’d like to see next.

Sayag also speaks about the future of the app and developments they’re hoping to make. He says: “We’d like to learn something this year about meeting people through the app. You have a lot of apps that will connect you with people, like Tinder, but when it comes to a special event you’re going to, those apps don’t help so that’s where we see WINGiT going.”

The travel tech scene is booming and the next trend we’re likely to see is the advancement in aggregator apps that allow you to do more than one thing at a time. Sayag explains he is seeing great demand for this in the industry: “We see a lot of things coming up relating to aggregators of content and services. For example, when you travel you want one platform to help you do many things. Finding events is one thing but it could be booking flights and hotels too. This all points to aggregating content and services, becoming big in the travel tech scene.”