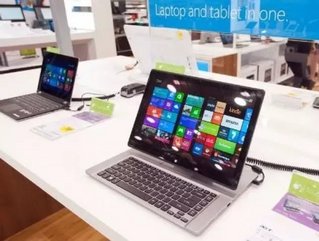 The IP Hub will offer developers and independent software vendors the skills and tools necessary to develop, protect and monetise their innovations.

The portal will pilot in Kenya for two years, after which it will be handed over to the local government with similar pilots being rolled out to other African countries.

Most small businesses in Africa are relying on secrecy instead of using established copyright, trademark, trade name and patent programmes to protect their valuable IP, making it vulnerable to exploitation.

At the same time, worthy innovations miss out on the opportunity to be realised for the African continent, stifling its technology advancement and development of the knowledge economy.

According to the World Intellectual Property Organisation (WIPO), only 383 resident patent applications were filed in Kenya through the Patent Cooperation Treaty procedure or with the national patent office between 2009 and 2012.

In contrast, approximately 268,000 resident patents were filed in the United States during the same period.

Louis Otieno, director for Legal and Corporate Affairs, Microsoft 4Afrika, said:  “Most African innovators function on the premise that the idea is theirs until someone else takes it to market, or duplicates it.

“As Africa’s innovation continues to flourish, the future remains uncertain if these promising ideas are not supported and protected properly.”

Innovators must have proof of ownership to be able to market or sell their innovation. Many do not know this, and for those that do, the process of filing IP protection can be long, manual and intimidating.

The IP Hub will streamline and digitize the process, while educating young innovators about the importance of IP protection, and assisting them to enforce their ownership against third parties.

John Waibochi, Chief Executive Officer of Kenya’s Virtual City Group, a local innovator, said: “IP protection has played an important role in the foundation and growth of our business.

“From when it was just in the idea stage, we registered it through our IP lawyers with the relevant authorities. This has allowed us to grow to where we are today, and ensures that our technology remains in the hands of Africans, for Africa and the world.”

Otieno added: “The Microsoft 4Afrika innovation goal is to bring to market and help African start-ups monetise their innovations and ideas, and allow them to make the right connection with investors.

“Protecting intellectual property ultimately leads to wealth creation and economic growth, and encourages development of knowledge-based industries. We designed the IP Hub to play a critical role in empowering African innovators and spurring this growth.”

To learn more about the IP Hub and sign up for membership, users can go to http://www.iphub.co.ke.