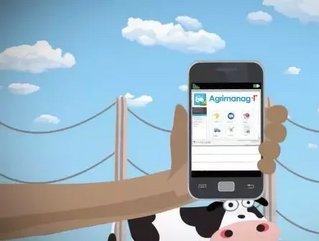 In 2010 John Waibochi, the founder, CEO, and chief innovator at of Kenya’s Virtual City Group, won the Nokia Growth Economy Venture Challenge. The award brought his company a US$1 million cash prize. Yet the recognition is not a laurel on which he wants his company to rest.

Waibochi says that Virtual City Group has been on the forefront of helping Africans, particularly Kenyans, understand that mobile phones are not just for communication and entertainment, but they are business tools that can help people make and save money. He has not only helped Kenyans understand that, but Virtual City Group has presented the population with many useful applications.

One successful app put out by Virtual City Group is AgriManagr, an application that assists more that 300,000 farmers. The app has been recognised internationally with The World Summit Award (WSA) on Mobile Content in 2010.

The AgriManagr system assists farmers and produce middlemen in automating produce purchasing transactions. It facilitates the management of weighing, grading and receipting of produce gathered from farmers at a rural or urban collection centres throughout the country. The app goes beyond mere record keeping by allowing purchasing agents to pay the farmers using cashless transactions on their phones. It also comes with the ability to automatically reward frequent and favoured suppliers.

Produce purchasing agents who combine AgriManagr with an electronic weighing scale can send the weight information directly to the AgriManagr app through Bluetooth technology. A complete report of the transaction including quality of the produce, quantity, farmer's details, collection point, and the payment due are sent to the purchasing agent’s headquarters which can then make payment.

Having real-time information about purchases in the field gives the headquarters an accurate understanding of how much total produce, by type, they will have available to supply to their retailers in the next day or two.

The farmer can be given a receipt at the collection centre detailing the transaction including his dealings with the purchaser over the past several deliveries. This quick, real-time delivery of information creates trust and builds loyal relationships between the farmers, purchasing agents and the produce distributing corporations they represent.

Waibochi is striving to keep Virtual City Group of the crest of the innovation wave by planning to introduce between 30 and 50 new, prototype apps each month. It used to be said that Africa needs a lot from the developed world - but Waibochi and Virtual City Group are setting standards that the rest of the world will do well to emulate.

Richard Chowning is director of Africa Mentor which provides coaching and resources for entrepreneurs and non-profits working in Africa.