Fareed Zein&#039;s contribution to the birth of South Sudan 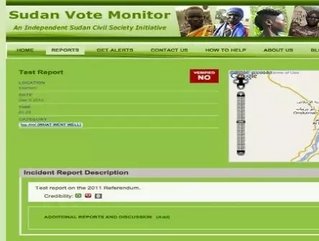 Richard Chowning has spent 40  years working in and advocating for the peoples of Africa. He owns and writes for six Africa oriented websites including Africa Missions Resource Center.

Fareed Zein, like many foreigners before him, came to the United States to study computer science and attempt to gain a better life than he would have in his native Sudan. Fareed was able to complete his education and secure technology positions in the oil and petroleum industry in Texas. That was without a doubt the fulfillment of a dream for he and his parents who were able to send him out of impoverished Sudan before the civil war broke out.

Zein could have very easily rested on his accomplishments and put the predicament of his Sudanese countrymen out of his mind. Yet, his heart and new found skills would not allow him to stand on the sidelines during the many transitions that were taking place in the lives of the Sudanese people. He now spends many hours outside of his day job directing the technology wing of the Sudan Institute for Research and Policy (SIRP).

One of his initiatives at SIRP was adapting an internet application called Ushahidi (witness in Swahili) which he implemented during the referendum vote for the independence of South Sudan. His adapted application is called Sudan Vote Monitor (SVM).

In the run up to the Sudan referendum for South Sudan to break away from the north was a widespread fear that the government, based in the Sudan capital Khartoum, would intimidate voters and rig the election in a bid to prevent the south from gaining independence. Zein said, “The government had control over the media and they were in a position to do whatever they wanted. We wanted to let the world know what was going on.”

In recent years cell phones and computers have found their way into even the remotest villages in Africa. Sudan is no exception and Zein saw the potential these devices had in allowing local people to report on the election process in their villages.

This technology is particularly important and useful in Sudan, Africa’s largest country. Vast distances separate villages and the current telecommunications and transportation infrastructure make it extremely difficult, if not impossible, for monitors to know what is taking place at the hundreds of remote polling stations. Yet, the recent spread of mobile communications devices presented a novel and manageable opportunity to utilise SMS to overcome this challenge.

Through the SVM application, Sudanese citizens could either log-on to the website or send it a short coded message. The messages would report either "violence," "intimidation," or any number of other category options. They were even able to upload videos. That information was posted on the site, as is, and then verified by SVM's team. Though SVM is based in the US, they worked with local civil society partners on the ground in Sudan who had agreements with certified observers able to verify the truthfulness of the reports. The information that was gathered was made public in both English and Arabic.

Zein said, "Our technology is the closest thing to a real-time snapshot of what is happening on the ground during the elections. Users will have access to up-to-date information including streaming video from all over Sudan, everywhere from an election centre in Khartoum to a polling station in Juba, or a remote corner of the country."

The reports were viewed by laypersons, government officials, Sudanese expatriates in the USA and Europe and activists around the world. They used this information to notify influential persons in power, journalists, and international bodies who could take action to insure a free and fair election.

Zein believes that the implementation of the SVM application answers the question, "Can everyday technology in the hands of everyday people really replace traditional reporting and monitoring bodies meant to protect and safeguard the interests of citizens?" He understands that "replace" might be a stretch, but in places like Sudan, where governments fail to protect their citizens right to due political process, tools such as SVM will go a long way in enabling the citizens to protect themselves.

The government shut down the SVM site for 24 hours on the second day of the election. “They decided they didn’t like what was being reported and we had to go through a lot of intervention to try and bring it back online. They were clearly watching the site,” said Zein. The site was later allowed to operate and proved to be very helpful in ensuring a fair outcome of the election.

South Sudan is now independent and it can be said that Fareed Zein, through his implementation of the Sudan Vote Monitor, had a lot to do with the voice of the Sudanese people being heard.