NETGEAR: demystifying the migration to 10G 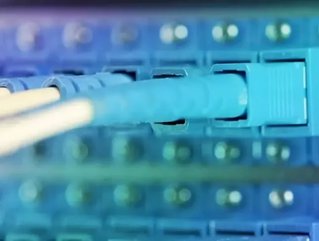 The Internet of Things (IoT) will become normality for businesses of all sizes. As traction takes place in large enterprises, it will ripple out into the supply chain and SMBs.

Connected devices are becoming more mobile and a part of everyday life, with the number of bring your own devices (BYOD) in the workplace set to treble by 2018 according to Gartner. As the eco-system to facilitate this evolves and grows, no business can escape the looming demands on the network.

With this evolution, business networks need to be developed in such a way that they become future-proofed against technological advances and the inevitable increase in network bandwidth, to cope with the seemingly unrelenting growth in data traffic. Every hindrance needs a hero, and in this case 10 Gigabit can be lauded as the saviour of a network’s woes. Why then do only one third of SMBs currently have 10 Gigabit switching in place? Where does the hesitation exist and how can businesses overcome this to keep up with the rapidly evolving network?

Often deemed a complex and expensive matter for our future selves to address, 10 Gigabit is vital to a business’s success, and as such its implementation needs to happen now. With the move towards IoT showing no signs of abating, affordable 10 Gigabit copper solutions are being made accessible to address the exponential traffic growth generated by the virtualised server, storage and datacentre needed to underpin IoT. Coupled with this is the need to comply with increasingly stringent data protection laws and the growing consumption of cloud-based services.

The drivers for SMBs to migrate to a 10 Gigabit infrastructure are varied. Our research has shown that just under half of SMBs (40 percent) migrate to 10 Gigabit in anticipation of increasing network performance bottlenecks. New premise expansion comes in close second, with one third migrating to 10 Gigabit switching solutions as a result. A general need to refresh legacy switching technology is another popular driver for best performance across the whole network rather than just having 10 Gigabit at the core and then performance potentially dropping at the edge.

In addition, when there is an increase in or new virtualisation expansion projects, a greater amount of backup traffic that cannot be serviced properly, or a heightened use of video streaming/broadcasts. In all cases, the network will potentially collapse without the correct supporting infrastructure. 10 Gigabit solves this, whilst offering much needed agility and longevity post this pivotal moment in the migration.

The technology is gaining traction, with almost two-thirds (61 per cent) of SMBs expecting to have 10 Gigabit supporting their business network by the end of 2017, and 100 per cent foreseeing the need to deploy 10 Gigabit switching in their network eventually. The technology facilities an organisation to embrace business agility to changing market conditions whilst helping them to avoid downtime, lost opportunities and even business failure.

Combating the complexity presented by the always-on, BYOD wielding, connected generation with a simple solution means businesses won’t get left behind. Contrary to popular belief, 10 Gigabit copper price points are more attractive than ever before, making the technology more accessible to businesses of all sizes. Embracing the change now means organisations can deliver reliable, affordable and easy to use 10 Gigabit networking connectivity beyond the core of the network.