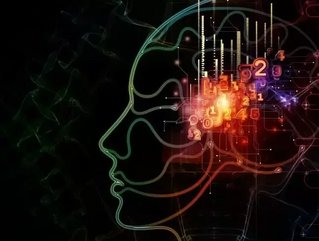 When we think about the first two phases of digital evolution, we now have enough distance to analyse and draw conclusions. The third phase – which we are currently undergoing – is too close for us to be sure about yet, but we can make some well-founded predictions.

Starting in 1995, Phase 1 of digital evolution was about information, released to everyone via access to the internet that was generally available from that date. Google, the search engine that became the interface between us and all that information, transpired to be the winner of this phase.

From 2007, with the advent of the smartphone, Phase 2 was about mobile technology and social media. As we all, more or less slowly, adopted the smartphone and tablet and set up our profiles, in the Western world Apple and Facebook won this phase.

Since 2016, when it became clear that the Artificial Intelligence phase of evolution had begun, we’ve been in Phase 3. So far, it’s unclear who the winners will be. But this phase will be a totally different experience both for consumers and for the companies attempting to find their places in it.

The Artificial Intelligence phase will mainly involve Invisible Technologies – behind-the-scenes technologies that work to anticipate human needs and to make experiences magical. With this new form of back-office support, and as levels of service get higher, Phase 3 will reach to the core of customer service. Companies who want to succeed in this fast-changing field will need to get on board with AI quickly, or risk falling far behind.

During Phase 1, a company website was by no means seen as an essential asset; opting out of the internet was perhaps short-sighted, but didn’t mean you would go out of business. By Phase 2, people had woken up to the importance of the internet, and having a website was seen as essential, in terms of marketing, sales, and customer experience.

During Phase 2, as social media rose in popularity and was harnessed as a tool for promotion and profit, larger numbers listened to the hype and people were more aware of the internet’s potential to carry a business upwards; but still, businesses could continue to operate profitably without using social media.

In Phase 3, however, adoption of the new technologies by both consumers and businesses will be much faster. Companies that are agile and either already engaged or prepared to engage with AI immediately will have a huge market advantage over those that are holding back.

The big technology companies are already working with AI uppermost in their minds. Having spent the last couple of years adopting AI technologies gradually, they are now speeding up. They know that 70–80 percent of the time the average consumer spends on his or her smartphone is spent with digital superhero companies like Google, Amazon, Facebook and YouTube.

As consumers, we’ve become used to adopting new technologies, and now everything we need to use the Phase 3 AI technology is already in our hands. We already have the smartphones, the fibre internet. We will simply see an upturn in the quality of the services we already use.

In this context it is crucial for non-digital companies to move faster in the domain of AI, because service levels will be extremely high and the competition will quickly move up a few notches. It’s the first time in this digital phase that new technology will lead to the core of both service and product.

A company that hopes to emerge as a winner in this phase needs to think fast about their AI strategy, in the back office and the front office, to get a step ahead of the competition.

Prof. Steven Van Belleghem is an expert in customer focus in the digital world and author of the award-winning book When Digital Becomes Human.