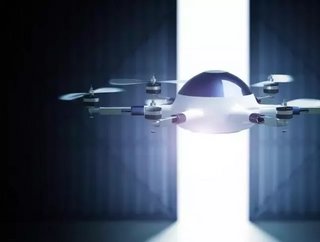 Afrotech is a department of Swiss university Lausanne Polytechnic (EPFL) set up specifically to pioneer advanced technologies or deployment in sub-Saharan Africa. According to Afrotech, the first cargo robot route could be operating in Africa by 2016.

Two lines have been propsed, one delivering medical supplies along an 80 kilometre route between several towns and villages, with another operating a delivery service, bringing goods that were ordered online.

Afrotech says that by 2020, drones will be capable of taking 20 kilograms across distances of several hundred kilometres. The initial plan for Rwanda is to build three buildings that will enable the network to send supplies to 44 percent of the country by 2020.

Subsequent phases of the project could involve more than 40 droneports, followed by expansion into neighbouring countries such as the Democratic Republic of the Congo.

Lord Foster, the chairman of Foster + Partners, said: “Africa is a continent where the gap between the population and infrastructural growth is increasing exponentially. We require immediate bold, radical solutions to address this issue.

“The droneport project is about capitalising on the recent advancements in drone technology to make an immediate life-saving impact in Africa. Rwanda’s challenging geographical and social landscape makes it an ideal test-bed for the project.”

Foster + Partners plan to supply droneports as a kit-of-parts, in which the basic formwork and brick-press machinery is delivered to site; raw materials, such as clay for bricks and boulders for the foundation, are locally sourced.