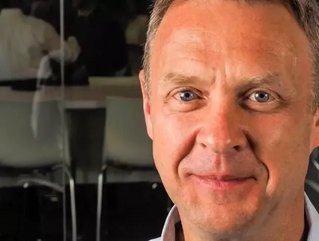 CodeClan, Scotland’s first digital software skills academy, today announced the appointment of Harvey Wheaton, as its first Chief Executive Officer. Wheaton will play a key role in launching CodeClan in Edinburgh, and leading it to success as it prepares to open its doors in October to the first cohort of students.

With 25 years experience in software development, Harvey has worked for a broad range of companies including ICI, Astra Zeneca, Cap Gemini, JPMorgan Chase and Electronic Arts.Most recently Wheaton has coached a wide variety of software development teams around the world, from video games companies to large financial institutions, helping them transform the way they develop, test and deploy their products and services using Agile methodologies.

At Electronic Arts, Wheaton held a number of senior roles, including Chief Operations Officer and Senior Development Director. He set up EA’s UK Fusion Group and was also responsible for managing the creation of Harry Potter games across all platforms including PS2, XBOX, GameCube and PC.

Energetic and results focused, Wheaton brings a collaborative management style and track record of delivery in complex, fast paced environments.He has a strong background in building new teams, having helped open JPMorgan Chase’s first office in Scotland in 2000, growing it from 20 to 300 people by 2003.  He also helped launch high growth start-up SuperMassive Games, running a studio of over 100 developers working for customers Sony and the BBC and listed in 2012 on the Sunday Times Tech Track 100 as one of the UK’s fastest growing tech companies.

Commen ting on his appointment Harvey Wheaton says: “CodeClan embodies everything that I care about – technology, education, start-ups and Scotland – so I am delighted to be joining the team.

“Just now, the digital sector in Scotland is experiencing unprecedented growth, with the emergence of international brands like Skyscanner and FanDuel and ambitious start-ups launching every week. But if we don’t do something to bridge the digital skills gap in Scotland soon then the extraordinary growth we are seeing will be under threat.

“CodeClan offers practical help, a real solution to this problem, and it is a privilege to be part of this exciting venture.” CodeClan is one of a new breed of immersive academies emerging around the world in New York, Berlin and London.

The aim is to create a new generation of software developers that will allow Scotland’s vibrant digital sector to flourish and drive the economy. CodeClan draws on an untapped resource of talented individuals who have an aptitude for coding but need a route into the industry.

An Oxford graduate, Wheaton studied Philosophy, Politics and Economics before moving into technology.  Coming from a non-traditional background himself he wants to encourage others to make the switch and start a career in digital.

Rebecca Heaney of CodeClan comments: “Harvey has a very specific blend of experience and knowledge coupled with the passion and vision needed to make CodeClan achieve its ambitious targets. He has first hand experience of working in start-ups as well as international giants and understands the needs of both. This makes him uniquely placed to lead CodeClan as it strives to create the talent desperately needed by all types of business today.”

The academy is being launched amid a global shortage of digital skills affecting businesses in many different sectors of the economy. Forecasts suggest Scotland alone could offer up to 11,000 job opportunities a year in the digital sector, rising by 2,000 every year.  Skills-starved employers are currently offering upwards of £23,000 to £25,000 to recruit entry-level developers.

Industry led and Government backed, the academy’s curriculum has been tailored to fit real time market demands in Scotland and is working with the Scottish Qualifications Authority (SQA), to offer its graduates ‘Professional Development Awards’ in Software Development.