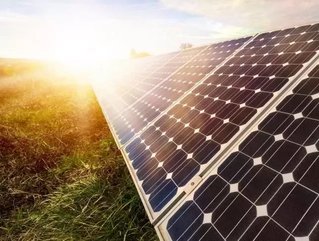 Shell has agreed a five-year contract for the supply of renewable energy from the biggest solar power plant in England.

The energy behemoth has made the deal with British Solar Renewables (BSR) to utilise its plant in Bradenstoke, Wiltshire, which has a peak capacity of 69.8MW and 269,000 solar panels.

Marking a major move from Shell, the agreement adds to its ever-increasing portfolio in the renewable energy sector while stamping authority in the key market of the United Kingdom.

In the last 12 months, it has committed to building fast-charging electric power points in the country and has acquired UK household energy and broadband provider First Utility.

"The UK is one of our key markets for power and we’ve been exploring ways to increase our power presence in the country on both the buy and sell side," said Shell’s North West Europe general manager Jonathan McCloy.

"The deal with BSR helps us achieve this goal and is a significant boost to our renewable power portfolio in the UK."

Graham Harding, MD and CFO of BSR, added: "PPAs provide stability in a volatile energy market and we are delighted that we have been able to work with Shell Energy Europe Ltd to complete this five-year agreement, which will enhance the value of the largest solar park in England."