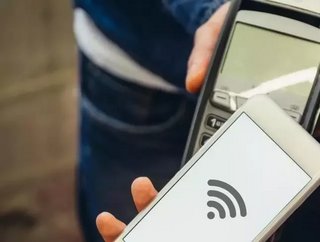 UAE consumers prefer paying for purchases with their mobile phones, according to research just released by Mastercard. On the whole, consumers in the UAE have a positive attitude towards digitalisation and innovation and are optimistic about the potential of digital technologies to improve their lives.

The study also showed that two out of five consumers in the UAE call themselves ‘eager promoters’ of new technology – a relatively high share compared to other countries. People in the Middle East and Africa were generally found to demand more innovation in all areas.

The Mastercard Impact of Innovation Study surveyed 23,000 consumers in 23 different countries across the Middle East, Africa and Europe about their attitudes to digital technology. It found that while in Africa and the Middle East over 70 percent said they were ready to pay with their smartphones, Western Europeans have some way to go – only 40 percent said so.

The study was released on the sidelines of the Mastercard Innovation Forum 2016, which opened in Hungary with the participation of more than 500 attendees from the Middle East and Africa, Central and Eastern Europe, Russia, Turkey and Ukraine.

Khalid Elgibali, Division President for Middle East and North Africa, Mastercard, commented: “The study points to how digital technology is reshaping the payment landscape in the UAE and impacting all areas of everyday life. Smartphones have become an indispensable part of consumers’ daily lives and this has given rise to a new breed of mobile-first and mobile-only users, who rely on their phones for a variety of purposes including making payments. The findings of the study underscore this growing consumer appetite for new and better ways to pay. The trend of consumers replacing cash and cards with phones also affirms the UAE’s reputation as one of the most tech-ready countries in the world.”