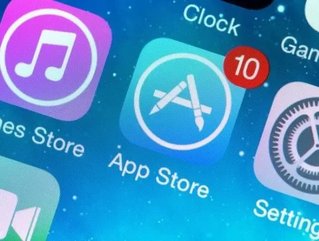 Revenues generated by the growing number of UK app downloads have climbed by almost a third in the past year as the boom in smartphones has led to a huge demand for entertainment and news on the go.

According to research by App Annie for the FT, the number of downloads in the UK grew five percent in 2014 and revenues generated rose by a huge 30 percent. As the app market reached maturity in Britain as a way to watch, read, listen and play games, the number of users spiked dramatically.

Smartphone users are also as happy signing into a newspaper app as they would be taking out a subscription, as the Guardian, Times and Telegraph are among the top 10 highest grossing non-gaming apps.

“Media apps do particularly well in the UK as well as apps that help stream video, TV and music,” said Olivier Bernard, European vice-president of App Annie. “But there are starting to be more retailers using their apps well, such as Just Eat, Tesco and Adidas.”

The boom in app consumption comes alongside data showing the state of the UK app economy is similarly robust. The UK is the largest app-development market in Europe by revenue ahead of Germany and France - and fifth biggest in the world behind the US, Japan, China and South Korea.

The industry employs about 110,000 people in the UK, and there are 61,100 developers producing apps for Apple alone. Many are working from their bedrooms; a fifth of UK app developers are under 25 and about 4,000 developers are still at school, according to research group Vision Mobile.

Revenues generated from British app development exceeded £4 billion in 2014, says Vision Mobile, which predicts that the app economy will grow to almost £31 billion by 2025. It estimates that at least 8,000 companies in the UK are engaged in mobile-software development.

Mark Wilcox, senior analyst at VisionMobile, said that the market was “still near the beginning in terms of how mobile computing will change things. There’s phenomenal growth still to come for the app economy,” he predicts. “Most of the major smartphone manufacturers have had R&D centres in the UK for many years, producing a depth of mobile experience in the talent pool. There’s also a strong games-development heritage in the UK and games are a very visible part of the app economy.”