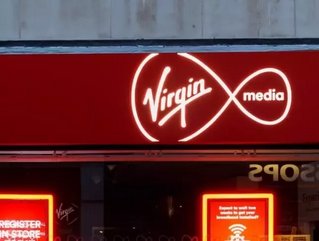 Virgin Media acknowledges that it has made a mistake in not securing its data after leaving over 900,000 people's data exposed.

It was announced today that Virgin Media is responsible for exposing over 900,000 people’s data by having it unsecured and accessible.

Lutz Schüler, CEO of Virgin Media said: “We recently became aware that one of our marketing databases was incorrectly configured which allowed unauthorised access. We immediately solved the issue by shutting down access to this database, which contained some contact details of approximately 900,000 people, including fixed line customers representing approximately 15% of that customer base.  Protecting our customers’ data is a top priority and we sincerely apologise.

“The database did not include any passwords or financial details, such as credit card information or bank account numbers, but did contain limited contact information such as names, home and email addresses and phone numbers. Based upon our investigation, Virgin Media does believe that the database was accessed on at least one occasion but we do not know the extent of the access or if any information was actually used."

Schüler confirms that Virgin are now contacting the individuals affected. He goes on to urge Virgin’s customer’s to be aware when clicking on suspicious links, or providing sensitive data to unverified parties. He concludes: “We have kept the Information Commissioner’s Office fully updated since we became aware of this incident.”

Jonathan Compton, partner at city law firm DMH Stallard, said: "It is important to note that this was not a case of a secure database being hacked. No, this was an “error by a member of staff not following correct procedures.” He goes on to share that the company can expect to incur major fines. “The maximum under the 1998 Act for data transgressions during the period that that Act was in force was £500,000. Under the new Act, the penalties rise to Euro 20m or 4% of global turnover, whichever is the greater.”