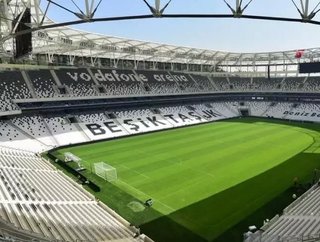 Vodafone is leveraging the power of the Internet of Things (IoT) technology to develop better connected stadia for sports fans in Europe and the Middle East.

Such technologies are set to become a fundamentally important element in the infrastructure/stadia and venues being built for major sports events across the region – from the IAAF World Athletics Championships in Qatar in 2019, the Qatar 2022 World Cup and beyond.

Vodafone Arena’s Smart Stadium provides a glimpse into the fan experience of the future. At every home game played by Turkish Super League side, Besiktas JK, more than 40,000 fans have access to Wi-Fi, 2G, 3G, and 4.5G ready broadband network connections, rich-content displays on the 850 video walls, and Vodafone Arena mobile application, as well as interactive HD screens that broadcast all the content that fans dream of – including interviews, match statistics and live updates on other games. Moreover, spectators and visitors on match days are offered an end-to end digital experience. Visitors are offered premium comfort during match days through location-based services based on Beacon technology that will be in use starting from the next season.

Gökhan Ogut, CEO, Vodafone Turkey, said: “We have been sponsoring Besiktas JK since 2013. We successfully carry on Turkey’s largest sponsorship agreement worth more than 150 million dollars in total. We have made and continue to make significant investments to Besiktas and Vodafone Arena brands since the beginning of our sponsorship thanks to a powerful marketing communication plan. The largest of our investments includes Vodafone Arena, Turkey’s first smart stadium. We have built one of the world’s most advanced technological infrastructures to Vodafone Arena that has already taken its place in the heart of Istanbul and Turkey as a monument of our Digital Transformation vision.”

“And now we feel quite excited to export this smart infrastructure to Qatar. Vodafone Arena will act as a model for Vodafone Qatar for the smart stadium infrastructures that are planned to be built at eight stadiums that will be used during 2022 Qatar World Cup. As Vodafone Turkey, we will share our smart stadium know-how and experience with Vodafone Qatar, providing them with all the support they need.”

Mahmud Awad, Chief Business Officer of Vodafone Qatar was also extrememly excited by the proposals, and is lookng to build on successes from the London 2012 Olympics.