Which airlines have banned the Samsung Galaxy Note 7? 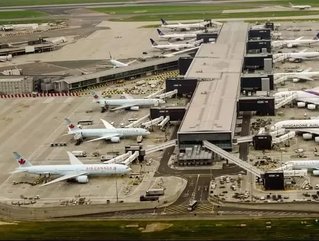 Numerous reports of melting handsets and exploding batteries in Samsung Galaxy Note 7s have caused several airlines to introduce blanket bans on bringing the devices on board their aircraft.

Many carriers have had their hand played for them by the US government, which has banned the device on all flights in and out of the country. This has prompted other authorities and individual airlines to follow suit.

In Europe, Alitalia has introduced its own set of restrictions while British Airways and Lufthansa are banning the Note 7 from flights to destination airports which have the blanket ban i.e. flights to the USA, Canada and Hong Kong, whose airline Dragonair has issued a ban. Air Berlin is another European airline to introduce a ban, while KLM has followed suit. Ryanair and EasyJet are allowing the device to travel, but it must be switched off and not be on charge.

The US Department of Transportation (DOT), with the Federal Aviation Administration (FAA) and the Pipeline and Hazardous Materials Safety Administration (PHMSA), announced it is issuing an emergency order to ban all Samsung Galaxy Note7 smartphone devices from air transportation in the United States.

“The fire hazard with the original Note7 and with the replacement Note7 is simply too great for anyone to risk it and not respond to this official recall,” said CPSC Chairman Elliot F. Kaye. “I would like to remind consumers once again to take advantage of the remedies offered, including a full refund.  It’s the right thing to do and the safest thing to do.”

Japan’s transport ministry has also preventing passengers from taking the Note 7 on board, meaning passengers on ANA flights will be impacted. Middle East carriers Etihad and Emirates are among the long haul operators banning the device, while other Asian airlines taking a similar stance include Singapore Airlines and AirAsia. Several Australian airlines including Virgin, Quantas and Jetstar have issued bans.