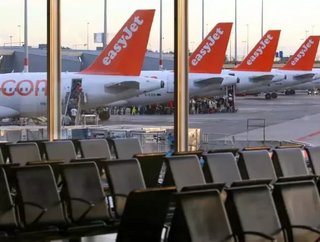 Major European budget airline easyJet has been through a turbulent few months.

Last week its share value fell by 6.7 percent, sparked by the company’s warning that its profits could be reduced by as much as 25 percent this year. Numbers for the year-ending September 2016 do not look great for the low cost carrier – they show a drop in profits for the first time since 2009 i.e. the post-financial crisis era.

There are three major factors cited by easyJet for the recent decline in fortunes, the first being concerns surrounding terrorism and a resultant reluctance of many passengers to fly during the summer.

The second reason is low fuel prices, something which should in theory be good news for airlines. EasyJet says that lower fuel costs have allowed competition to add capacity and price them out of the market.

Finally, the Brexit vote in the UK on June 23 has created a sense of panic. The fall in value of the pound it says has cost the company some €102 million in the three to four month period since. Pilots have also threatened strike action due to issues with fatigue.

However, Carolyn McCall, easyJet’s Chief Executive, reassured investors in a statement: ““We have been disproportionately affected by extraordinary events this year but our excellent network, cost control and revenue initiatives and our strong balance sheet underpin our confidence in the business.”

Rival carrier Ryanair has also suffered from a share price drop, however it has hinted at reducing its fares by as much as 12 percent through the autumn and winter period through until March next year. Ryanair hasn’t been free of further trouble, however. The Greek government has angered CEO Michael O’Leary by refusing to reduce tax costs in the off-peak season.

If taxes were to be reduced, Ryanair would have promised to deliver an extra five million visitors to Greece – tourism being one of the most important industries as the economy looks to rebuild.