Will a Brexit result in higher data roaming charges? 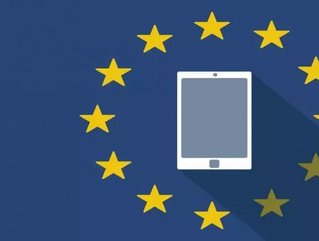 The EU referendum is rapidly approaching. So what happens to UK telecoms if its population votes to leave the European Union?

Dave Millett of independent telecoms brokerage Equinox has the following thoughts on the impact of a Brexit on telecoms for businesses and individuals.

On April 30 2016, the EU applies further charging caps on what the mobile operators can charge for roaming calls and data. If you are in Europe and either make mobile calls or use data on your smartphone, they will be much cheaper from that date. In 2017, they will be abolished altogether and you will simply use your contract bundle wherever you are in the EU. The most obvious change, if the UK left the EU, could be that this was no longer the case. A new agreement would be required. However, the precedent is there as other countries outside the EU, such have Norway, have signed up to the deal.

The impact may be longer term if the EU starts to promote common tariffs to people visiting from outside the EU. Again as with other trade elements does that mean the UK could set lower costs or be left out?

At the moment some of the biggest decisions affecting the UK market are taken by the EU.  For example, despite strong opposition from Ofcom and the Competition and Markets Authority (CMA) the final say on the merger between O2 and 3 falls to European competition commissioner Margrethe Vestager and must be made by May 19th - before the referendum.

The CMA expressed "serious concerns" and has warned the merger could cause "long-term damage" for UK consumers as it would leave only three mobile networks.  Ofcom has long said that there needs to be four suppliers if both go through then there will only be three.   So if the merger was approved and the UK left could the CMA / Ofcom undo it.   Where consolidation of operators has happened elsewhere – prices have generally risen sometimes by up to 20 percent.

If we remain in the EU other similar decisions may be referred to them.

As a country we import far more telecoms equipment than we export.  Not many mobile phones or phone systems are made here – most of them are imported.  EU Trade agreements will stay in place for two years if we do vote to leave.  Brexit campaigners say that if we do leave we can negotiate our own deals with the countries that do manufacturer the equipment.  Would we get better deals – would the cost of devices go up or down?   Like much of the debate there is a lot of uncertainty.

It is expected that Nicola Sturgeon may want to hold another Scottish Referendum if the UK were to leave the EU. If Scotland did and it voted to leave the UK that would impact businesses with operations or customers across the two countries.

Calls from London to Edinburgh would then be international calls. If you were in Scotland with an English SIM card, you would be making roaming calls. If you check your LinkedIn status, you would be using roaming data. Just how much would that cost you?  There would also need to be an Ofcom for each country and potentially different pricing for lines and internet which could be challenging for businesses with sites in both countries.

However, to an extent all these points are conjecture as we cannot be 100 percent sure of the impact - so let’s see what we wake up to on the June 24 and go from there.