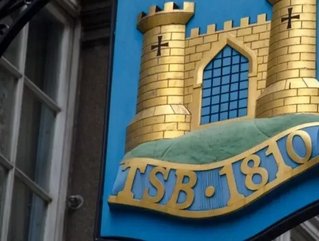 On March 12 UK bank TSB cautiously admitted, under pressure from speculation in the media, that it had received a takeover approach from the Catalan bank Banco Sabadell. Barcelona based Sabadell has done better than other Spanish banks over recent years, being the only bank to emerge stronger than it was before the financial crisis. TSB shares rose by almost a quarter following the announcement.

TSB said it would be willing to recommend the offer of £3.40 per share. The offer, worth £1.7 billion, thus looks to have a good chance of succeeding despite TSB’s proviso-hedged acknowledgement, which speaks of regulator approval and that of Lloyds Banking Group. “Based on preliminary discussions, the Board of TSB believes that Sabadell could support and accelerate TSB’s retail growth strategy and accelerate the expansion of TSB’s presence in the SME sector.”

Commenting on the ongoing negotiations banking specialist at Warwick Business School Dr Kebin Ma said: "This is an interesting deal and looks good for both parties. Banco Sabadell clearly faces the risk that the Spanish economy will remain sluggish for a prolonged period. The bank is not as diversified as Spanish rival Santander, and the acquisition of TSB should certainly help it achieve better diversification.

"Also TSB's business is mainly retail-based, which is robust and does not come with too many complications. From TSB’s point of view, the deal is probably more about pure ownership, rather than any change in business model or risk. The offer is very good and the stock market response suggests the deal would create value for shareholders."