HS2 – politicians with an eye on electors 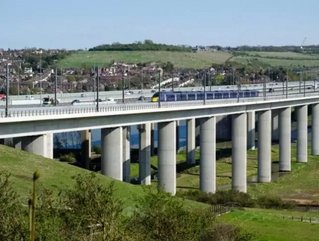 A report by the Economic Affairs Committee has questioned the £50 billion cost of the HS2 rail line. Lord Hollick, chairman of the Lords' committee, said overcrowding on the West Coast Main Line was largely a problem on commuter trains and on long-distance services on Friday nights and some weekends. "The government has not carried out a proper assessment of whether alternative ways of increasing capacity are more cost-effective than HS2," he said.

However Michael Synnott, Senior Teaching Fellow at Warwick Business School says the emphasis of the report may be misleading. The Economics Affairs Committee of the House of Lords has identified all of the problems with the HS2 case up until now, he says, namely that there is no clear demand, no integrated transport policy and the cost, especially as plausible alternatives exist – for example, running point to point trains on the existing track.

But, what the committee does not seem to be too concerned about is why?  And why the all-party consensus on HS2 – although we are now seeing signs of wobbling as they all think about disgruntled electors in the run up to the election.

“Three reasons may be advanced: most significantly of all is the need to upgrade our freight distribution systems,” says Synnott.  “Earlier this year there was widespread media coverage and excitement about the container ship Globe docking at Felixstowe in Suffolk. According to reports, Globe can carry 186,000 tons. When a ship such as Globe unloads its load would form a single line measuring 72 miles, the distance between Birmingham and Manchester.

“The world's shipping lines are replacing their legacy fleets with new, more efficient and larger vessels like the Globe because they are more cost-effective. But there is a knock-on effect.

“The ports at London and Southampton are being dredged to accommodate the new mega ships, but the challenge is the ability to distribute the loads brought by these new mega ships. Consequently, there is currently a lot of strategic thinking about the regeneration of hub cities in the UK – witness the recent developments in Manchester and plans unveiled by the Chancellor’s recent budget.

“However, the policy makers believe that over the next 10 years peak capacity on the existing rail network will be reached. HS2 is seen to provide a relief to primary freight traffic but more widespread investment in rail will be required long term.

“Secondly, there is an urgent need to find long term medium risk and dividend paying investments for the pension industry.  The dearth of such investments is beginning to worry all investors.