Apple in Ireland: what business does it do? 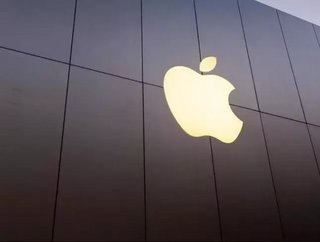 Apple is facing an 13 billion euro tax bill in Ireland after it was found to be in breach of EU State Aid rules.

The European Commission has revealed the outcome of its findings in Brussels, explaining why it believes the technology giant, by routing profits through Ireland, is breaking the rules. The company is likely to contest the ruling, as is the Irish government despite the fact it would be a beneficiary from the fines.

Commissioner Margrethe Vestager, in charge of competition policy, said: "Member States cannot give tax benefits to selected companies – this is illegal under EU state aid rules. The Commission's investigation concluded that Ireland granted illegal tax benefits to Apple, which enabled it to pay substantially less tax than other businesses over many years. In fact, this selective treatment allowed Apple to pay an effective corporate tax rate of 1 per cent on its European profits in 2003 down to 0.005 per cent in 2014."

The US government will also criticise the ruling, saying that any extra bills would effectively be moving taxes out of America and into Europe.

Last year Apple reported profits of $18 billion in Q1 – the largest ever reported by a corporation.

In 2014, the European Commission accused the Irish Government of dodging international tax rules by letting Apple shelter profits from tax collectors in return for keeping jobs in the country. Both parties denied the accusations with Apple saying it has paid the 12.5 percent corporation tax on all monies earned in the country.

The company has a considerable employee base in Ireland. In Cork it employs around 5,500 people, around 25 percent of its European staff and by far the largest private employer in the city.

The majority of those employees deal with work involving the assembly of computers and provision of technical support. In 2014 Apple employed around 4,000 workers in Ireland, meaning the past two years has seen a significant increase in the number of Irish workers in the company.

The Irish Independent reports that this figure is set to rise further still. Up to 1,000 new jobs are planned for Cork alongside a new four-story office block and 750-space car park. The construction of this building is expected generate another 200 jobs and will be completed by early 2017.