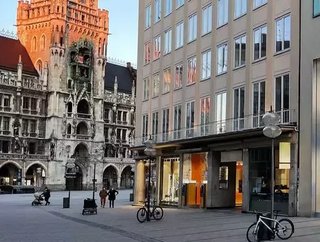 With a focus on 5G and future wireless technologies, Apple’s new European Silicon Design Center in Munich to be home to Apple’s growing cellular uni...

Building on its roots in the region, Apple has announced the creation of a brand-new R&D facility in Munich, to focus on 5G and future wireless technologies, and is investing US$1 billion over the next three years.

This will extend Apple’s already heavy presence in the city with its largest engineering hub in Europe.

The team, which will be Europe’s largest mobile technologies engineering team, will create 5G and future technologies, bringing innovation to all aspects of the wireless experience through the seamless integration of hardware and software engineering. The teams will also focus on developing, integrating, and optimising wireless modems for Apple products.

“I couldn’t be more excited for everything our Munich engineering teams will discover – from exploring the new frontiers of 5G technology, to a new generation of technologies that bring power, speed, and connectivity to the world,” says Tim Cook, Apple’s CEO.

Apple plans to start moving into the new building in late 2022 and like all Apple offices globally, it will run entirely on 100% renewable energy.

This expansion is the latest step in Apple’s longstanding effort to build a world-class team of engineers in Munich and across Germany with Munich. In fact, Apple has been operating in Munich since 1981 when it started with 10 employees.

Munich is already Apple’s largest engineering hub in Europe, with close to 1,500 engineers from 40 countries working in a variety of areas including power management design, application processors, and wireless technologies. Their work is contributing to Apple’s custom silicon designs with industry-leading performance, powerful features and efficiency.

In 2015, Apple opened its Bavarian Design Center, which has grown to more than 350 engineers, with teams creating custom silicon to deliver greater performance and better efficiency for iPhone, iPad, Apple Watch, and Mac with the M1 chip. In 2019, the company added silicon engineering sites in Nabern, Kirchheim unter Teck.