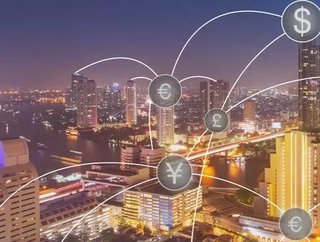 Is it possible to make safe high value cross-border payments? This is the question posed by consultants Accenture who back ed an experiment on how this new frontier for payments could be made using distributed ledger technology (DLT).

Accenture and JP Morgan supported The Jasper-Ubin technical project which looked at different possible models of connectivity between the two DLT networks - Quorum and Corda – for the clearing and settlement of payments and securities using blockchain.

A cross-border payment transaction is when the sender and end receiver do not have access to the same ledger so transactions between them take place through a series of linked transfers on different ledgers.

“The collaboration between the two central banks has successfully proven the ability for settlement of tokenised digital currencies across different blockchain platforms,” says the report.

“In combination with earlier work on Delivery versus Payment (DvP) settlement, we are forging a path forward for blockchain platform interoperability in a future world of heterogeneous distributed ledger platforms.”

“It also establishes that payments can jump across different DLT platforms. In which case, DLTs could herald a bold new future for a safer and easier way to send money compared conventional payment methods,” comments Accenture.

“DLT could offer an easier and faster path towards adoption than a centralised approach because it can leave the different jurisdictions involved in control of their portion of the network while allowing for tight integration with the rest of the network.”

What powered the success of Jasper-Ubin experiment?

According to Accenture the experiment by Jasper-Ubin used Hashed Time-Locked Contract (HTLC), a cryptographic technique, to move assets across different networks in an all-at-once or not-at-all way.

“This means the payment is returned to the sender if the receiver fails to acknowledge the receipt of payment before a deadline.

“For this reason, HTLC can be a mechanism for facilitating real-time transactions and simplifying the complex payment processes. It demonstrates how two parties could set up contracts without the need for a third-party intermediary,” says Accenture.

The report points out that the Jasper-Ubin project is experimental in nature, and whether we will eventually use blockchain technology for high value cross-border payments remains to be seen.

“Technology exploration and experimentation will continue because we see potential in this technology. More importantly, cross-jurisdictional collaborations must continue, as the development of common shared understanding will benefit the global ecosystem regardless of the technology that we eventually choose to use.

“We encourage central banks, regulators, financial institutions and technology companies to read about the achievements and learnings from the Jasper-Ubin project and join our efforts in making cross-border payments cheaper, faster, and safer,” concludes the report.