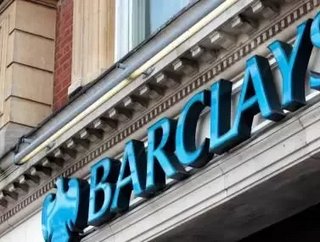 Gordon McKenzie is the Managing Director EMEA of Ondot, a financial technology company that specialises in powering mobile payment services. Here he shares with us his thoughts on the innovation of Fintech in Europe, and how banking is changing.

At the end of last year, Barclays became the first UK high street bank to offer consumers the ability to block spending in specific categories. It should be welcomed for helping users battling with addictions, to gain more control over their outgoings. But it represents just a small part of an even bigger picture against the backdrop of banking innovation.

Elsewhere around the world, lenders are in fact setting the bar much higher. They’ve grasped the idea that banking apps can and should be offering something greater, expanding beyond payments to lifestyle management. That’s the kind of innovation digitally savvy consumers are increasingly demanding.

The new Barclays functionality, allows customers to use their app to switch off card payments to businesses in five key categories: groceries and supermarkets; restaurants, takeaways, pubs and bars; petrol and diesel; gambling sites and betting shops; and premium rate websites and phone lines. It’s likely we’ll see other high street banks following suit with their own version. However, the UK is by no means first to the chase.

In the US, over 4,000 banks and card issuers have been offering card controls with us since 2014. It’s not just a way to help vulnerable customers protect themselves, as the latest Barclays move has been branded, but to put control back in the hands of all consumers. The banking app is evolving into something new; a fitness app for our finances. With the right tools to hand, consumers can monitor their spending levels, set thresholds, get alerts when a balance falls below a certain level, and much more.

They can not only switch off spending for specific categories but also block internet or phone-based transactions, limit spending to specific geographical locations, or turn the card off completely if they wish — all at the push of a button. These functions are increasingly important in the context of the post-breach world in which we live. Despite the threat of massive GDPR fines, organisations continue to suffer major thefts of customer data. And as night follows day, so widespread fraud follows a data breach. In the UK, it’s estimated that over £2bn was stolen from the bank accounts of cardholders last year, a 38% rise from the previous 12 months. Other figures point to steep rises in e-commerce fraud (24%) and fraudulent applications for cards (12%).

Say you were one of the half a billion unlucky Marriott International customers to have been caught in the recently disclosed breach. Using card controls to limit spending by location or type, or even switching the card off until you need to use it, could significantly reduce your exposure to fraud. That’s especially useful if you don’t want to go through the hassle of a replacement card, or your bank has decided not to issue one. Transaction alerts can add further peace of mind, ensuring the customer will be able to spot any unusual activity in real-time.

This kind of offering is no longer a nice-to-have. Open banking rules will start to kick-in over 2019, levelling the playing field for a whole new swathe of innovative fintech firms keen to offer customers the new digital experiences they’ve so far been denied. Barclays is doing its bit but more need to follow, and take more time to understand where their customers’ key pain points are.

It’s in the sweet spot between fraud protection, lifestyle management and traditional online payments that the biggest gains can be made.

Recent research reveals that as many as quarter of British adults have no savings. And data from Nationwide Building Society claims that half of the population has less than £500 on hand to cope with an emergency financial event. The truth is that for all the personal financial management apps out there, none can pro-actively avoid ‘bad’ spending — they just report it after the event. Card control functionality, on the other hand, can help consumers finally get on the front foot by managing their spending.

This is not just an opportunity for consumer banking. A recent report found that 59% of UK SMEs see current banking offerings as “one size fits all”, with minimal effort made to personalise services for their business. Card controls offer banks an easy win: helping SME owners stay in control of spend on corporate plastic whilst minimising fraud. The stereotype of small businesses being overcharged and under-served is there to be broken by any lender with the right digital strategy.

Change is finally coming to the fintech and banking sector, and card controls are at the vanguard. With the right tools to hand, traditional high street names can drive increased card usage, deliver better financial control for consumers and SMEs, and reduce their own fraud losses and overheads. Barclays’ latest announcement is just the beginning.