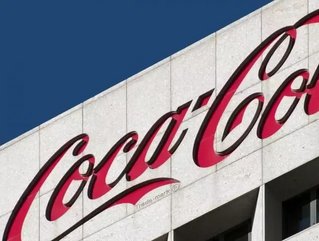 Global beverage giant Coca-Cola, headquartered in Atlanta, Georgia, announced today plans to seek a new listing on the London Stock Exchange for the European division of its business, according to a Reuters report. The decision was announced in tandem, with announcements of its fourth quarter revenue for 2018.

Revenue totalled approximately US$12.7bn in 2018, according to the Insider, up 4% from the previous year. Profits also rose by 3% over the same period. “Our 2018 results demonstrate this momentum, reflecting our ongoing focus on driving profitable revenue growth through strong price and mix realisation and solid in market execution,” said Coke CEO, Damian Gammell. “I am especially proud of how our teams embraced the positive challenges brought by great summer weather across northern Europe, partially offset by softer trading in Spain and France.”

Coca-Cola European Partners plc, which has a major plant in East Kilbride, announced its intention to seek admission to trading on the Main Market of the London Stock Exchange and to delist from Euronext London effective from 28 March 2019.The company’s move to the UK may also be motivated by an 18.5% growth in revenue in the country over the course of 2018, largely thanks to clement summer weather.