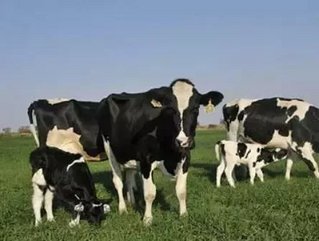 Zambeef Products Plc has seen its share price on the London Stock Exchange (LSE) rise 30 percent in two days after the company was designated “Tip of the Week” by leading investment magazine Investors Chronicle.

Zambeef, Zambia’s largest integrated agribusiness,  is one of more than 3,000 companies listed on the LSE’s Alternative Investment Market (AIM), yet it was singled out by the influential weekly publication as the being one of the most promising companies for investors to watch.

Under the headline “Zambeef's 44 percent discount to book value reeks of recovery upside”, the Investors Chronicleanalyst set out how the company’s shares are under-valued on the stock exchange when compared with the underlying value of the group’s assets.

The article referred to the praise lavished on the food producer for the success of its ‘farm-to-fork’ model, and last year’s accolade of Chief Executive Francis Grogan winning the Entrepreneur of the Year award at the All Africa Business Leaders Awards.

But it pointed out that the company’s drop in profits for the year to September 31, 2013, had prompted a fall in share price that meant the company’s shares were now good value for investors to buy, and have potential to rise further.

“It is clear that the chief causes for the failure of 2012-13’s profits to meet City expectations were one-off and equally clear that Zambeef has much going for it; not just that vertically integrated model, but its potential to grow on the back of Zambia’s march out of poverty and the ability of its bosses to make the right deals for its success,” said Investors Chronicle.

The analysis, which included a “Buy” recommendation, helped fan investor interest, pushing the share price up 15 percent on Friday (January 3) from 34.75p to 40p, and up a further 13.75 percent on Monday afternoon to a high of around 45.50p.

“When Zambeef listed on the AIM Market of the London Stock Exchange in June 2011, it laid out an ambitious expansion plan which, in addition to the acquisition of Mpongwe Farm, included the complete upgrade of Zamanita’s plant and equipment and improvements in production facilities at Master Pork.

“During the course of 2011 and 2012, the Group made significant capital investment in order to achieve its objectives. I am pleased to report that the business generated a net cash inflow before financing of ZMW112 million (USD21 million), as the benefits of our recent investment began to show,” said Grogan.”

Zambeef, which is listed on both the London and Lusaka stock exchanges , saw revenue rise by 24 percent to K1,595 million during its last financial year, with gross profit up by a similar percentage to K553 million.

Edible oils accounted for the strongest gross profit growth across the company’s divisions, more than doubling during the year to KK49.776 million.

Cropping also saw strong growth, with a 49 percent increase in gross profit to K154 million during the year, while the group’s Novatek stockfeed business was up 21 percent to K48.85 million.

Last month Zambeef was recognised by the Lusaka Stock Exchange for its leadership in corporate governance being named second runner-up in the annual awards ceremony.

Investor confidence in Zambeef has grown steadily over the years, endorsed most recently by Templeton Asset Management, one of the world’s leading fund management groups, which increased its shareholding in Zambeef last month to bring its total holding to 5.11 percent of the issued share capital of the company.