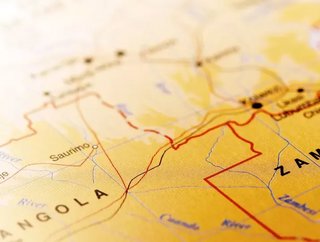 Zambia is teetering on the edge of a precipice; a decisive vote coming at a time when the nation is battling inflation, a battered economy and Covid-19

For the last two years, Zambia’s economic fortunes have plummeted to new lows. More Zambians than ever before have sunk into poverty. Indeed, World Bank data and statistics from the Economist Intelligence Unit show that a whopping two-thirds of the Zambian population is living in poverty. The situation is dire for the average person. Food prices and prices of consumer goods have climbed to 31.2% and 26.4% respectively. Inflation has shot to almost 10%, while the Kwacha, Zambia’s national currency, has shed 19% of its value against the Dollar. The Covid-19 pandemic has only worsened things. The pandemic, having sent the global economy into a deep recession in 2020, continues to ravage developing nations, and Zambia has not been spared. The Zambian government’s fiscal responses to the pandemic have led to a sharp increase in public debt, making debt servicing all but a mirage.

The International Monetary Fund data shows that the Zambian economy has declined steadily since 2013, except for a minor increase recorded in 2018. Yet, Zambia is among the largest copper producers in the world. Copper accounts for 75% of Zambian exports and could be the single most important natural resource for the southern African nation.

At a time when copper prices are at a high of $9,707 per metric tonne, according to Fred Economic Data, there’s unease over the Zambian government’s inability to benefit from such a boom.

Nearly half of Zambia’s tax revenues go into servicing the public debt, which is now a staggering $12 billion. The remainder of the tax revenue is absorbed by a ballooning wage bill, leaving little for development expenditure. This explains why Zambia’s debt deficit stood at 10.9% of the GDP. With such a bleak background, the Zambian government has gained a huge appetite for foreign loans which it’s using to plug the wage bill deficit. More loans are going into mega infrastructure projects, in particular, roads. But things are turning messy. Zambia’s economic outlook continues to dim given the country’s debt has risen to an unmanageable level. A Reuters report estimates that Zambia owes Chinese entities a total of $3 billion, a third of the total public debt. And Zambia is already in default, having missed a coupon payment on a dollar bond in November 2019. The runaway debt is turning into a fully-fledged socio-economic and political crisis. Amid the rising debt, Chinese companies have invested heavily in Zambia, especially in the mining and industrial sectors. Zambians are denouncing the increased Chinese presence in their country, terming it as neo-colonialism. The influx of Chinese firms is complicating matters for the incumbent president, Edgar Lungu, who is seeking a third term in a hotly contested August poll.

Pilato, singer and activist, says that Chinese nationals in Zambia are far better and safer than Zambians. “We’ve lost control of our economy. Chinese companies are funding personal projects for politicians.”

Samson Phiri, a taxi driver, says that people want change because they have suffered economically. “We are now being controlled by the Chinese. If you look around, you’ll see names of buildings and shopping malls written in the Chinese language. We have lost it all.”  Samson’s sentiments echo across Zambian towns and villages. Yet, not everyone is willing to talk about it openly.

“It’s very sensitive to talk about Chinese influence in Zambia because the Chinese have deep connections with influential people,” says Michael Kaluba, a journalist with Radio Phoenix in Lusaka.

There’s no denying that public debt has shot up under Lungu, and it’s not hard to see why the incumbent is fighting a sustained backlash from a long-suffering population.

Before his party’s ascent to power in 2011, Zambia’s economy was faring well. Democracy became a central pillar for the country, which started out as a one-party socialist republic under its founding president, Kenneth Kaunda. The IMF notes that Zambia’s economy grew at an average rate of 7.4% in 2001, and continued to grow at that rate for the next ten years. When Lungu was elected for the first time in 2015, he went on a borrowing spree, getting funding from China and foreign banks,  while the World Bank and the IMF debts constitute a small percentage of the total debt. He also floated a $3 billion Eurobond which has so far slumped into default.

Zambia’s debt crisis, according to experts, emanates from the government’s failure to put in place sound financial management policies. Trevor Simumba, a political commentator on Zambian affairs notes that there’s no transparency when it comes to Zambia’s dealings with China.

Andyford Banda, a presidential candidate says that China has invested heavily in roads, but most of these projects are overpriced. Lack of transparency, says Banda, creates a fertile ground for kickbacks and corruption. It also creates an avenue for plunder, like the case of the controversial purchase of the presidential Gulf stream jet.

But there are opponents that argue that corruption is a global phenomena and not just a Zambian challenge.

There’s also the growing fear that the loans might be tied to the underlying asset as collateral, a situation that could see Zambia cede most of its infrastructural assets to China in case of default in repayments.

Political and economic activists, third-party groups, and the Zambian élite are pushing the government to restructure its debts. And the ruling party has taken the cue from them. Zambia is in talks with the IMF to get its debt under control. Even then, there are fears that this might not bear fruits, given the fact that Zambia’s debt is not transparent.

While the growing Chinese influence in Zambia is controversial, not everyone is against it.

“China has helped us more than the western world. It’s giving us a better deal and helping us with skills transfer,” says Antonio Mwanza, spokesperson for the ruling Patriotic Front.

With growing debt and declining Foreign Direct Investments, Zambia is naturally looking within its economy for short-term funds. The government has set its focus on the mining industry, the largest revenue generator for many years. A nationalist campaign sweeping across Zambia seeks to nationalize mines, but the process has been marred by irregularities. For instance, in 2019, the Zambian government, through a court order, chased away the proprietors of  Konkola Mines. The Zambian government has unsuccessfully tried to run the mines previously owned by Indian firm Vedanta. It’s now looking for a buyer to recoup some money from the mines, but a court battle between the government and Vedanta rages on. It could cost the Zambian government over $2 billion in fines. Other than this, Zambia has also slapped copper miners with a huge tax bill, according to consultancy firm EY. The resource nationalization strategy is pushing out private miners. A case in point is the exit of Glencore, the company owning Mopani Copper Mines, early this year.

The nationalization of mines is a stark reminder of Zambia’s failure to learn from its past mistakes. In the 70s, Zambia tried to nationalize mines, a move that failed miserably, punctuated by a sharp decline in copper production. Most mines were re-privatized in the early 2000s.

With the mining sector in disarray, a mountain of debt, and hue and cry from a dissatisfied populace, the upcoming elections will be decisive for Zambia. Will the polls make or break a country that has been weighed down by debt? Edgar Lungu will be up against his fierce rival, Hakainde Hichilema in a high stakes game. Since his re-election in 2016, his reign has steadily become authoritarian. His government doesn’t seem to entertain any form of dissent, and those who dare to challenge him are harassed and detained. In the 2016 poll, which was marred by rigging allegations, Lungu trounced his opponent with a narrow margin. Zambia’s democracy is fast eroding if statistics from Amnesty International are anything to go by.

Deprose Muchena, Amnesty International’s Director for East and Southern Africa says that Zambia is crushing activists, journalists, media houses and opposition leaders who raise a dissenting voice against the ruling party. Muchena says that excessive use of force by the police, arbitrary arrests and harassment of corruption whistle-blowers has created a sense of fear, intimidation and impunity in the country, further polarizing it.

He warns that the country’s peace and democracy is at stake if politicians become careless. Despite the rising political temperatures, Lungu is keen on recapturing his seat.

His strategy to nationalize mines is seen as a move to appease voters in the vote-rich copper belt. Chinese investors are also pushing for his re-election. “What my company wants is political stability. If there’s a new regime, there will be new policies, so we hope the president gets re-elected for a new term of five years,” says Yaochi Huang, the chief executive officer of the Wonderful Group, a Chinese business with operations in Zambia.

The August 12 elections could shape the future of Zambia, both economically and socially. Irrespective of who wins the election, the next government has its work cut out; it needs to re-establish trust with both local and international investors, as well as with private miners to make sure that the country recovers from its current economic mess.