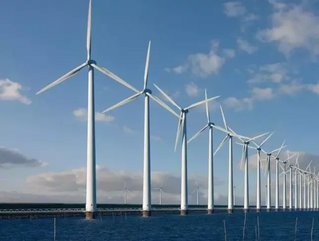 E.ON is partnering with Statoil to oversee the construction and operation of a 60-turbine offshore windfarm, Arkona, near the German island of Rügen.

Total investment comes in at around €1.2 billion, with both partners holding a 50 percent share and Siemens providing the 6MW turbines. Local companies will have an opportunity to participate in constructing the Arkona offshore wind farm.

"It's part of E.ON's philosophy to involve local residents in major projects while also strengthening the regional economy," emphasized E.ON's head of renewable energy projects, Sven Utermöhlen. "Apart from that, we are pursuing ambitious goals aimed at producing renewable energy and in particular offshore wind energy at as low a cost to our customers as possible. We are happy to see companies in the area apply their ideas and know-how to a major project like Arkona."

The base of operations for the construction and eventual operation of Arkona will be the Mukran port (previously the ferry harbor at Sassnitz) on the island of Rügen. During the construction phase at sea, set to begin in 2017, up to 400 employees from Mecklenburg-Western Pomerania will be involved in building the wind farm. For subsequent operation, up to 50 high-skilled jobs will be created in Sassnitz over a period of 25 years in the fields of operations management, administration and maintenance along with an additional 100 indirect jobs in external services.

The Arkona Project is located 35 kilometers northeast of the island of Rügen. The wind farm has a capacity of 385 megawatts (MW) and is calculated to provide 400,000 households with renewable energy. In contrast to electricity generated conventionally, Arkona will reduce CO2 emissions by up to 1.2 million tons yearly. 60 turbines in the six megawatt category manufactured by Siemens are set to be installed. The equipment will sit atop monopile foundations at depths of from 23 to 37 meters.

The Arkona wind farm is scheduled to be fully operational in 2019, and E.ON will be responsible for construction and operation of the wind farm, making it the first company to operate wind farms in both the North and Baltic Seas.