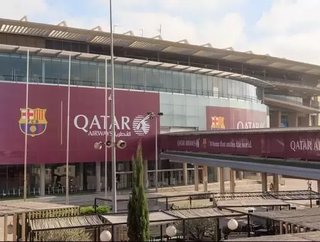 The Spanish football club, FC Barcelona, has announced that it anticipates it will meet its earnings goal of €1bn (US$1.2bn) before it had previously expected.

The club has noted a significant rise in the value of its sales through broadcast rights and ticket escalations.

The Catalonian team were deemed the third biggest foot club in the world, according to Delloitte’s annual list, following Real Madrid and Manchester United.

The club are likely to earn revenue of €900mn ($1.1bn) from the season, which will increase the team’s revenue by 20% from the previous 12 months, Bloomberg reports.

“We are going to 1 billion euros before 2021, which is good news for the club,” commented Josep Bartomeu, President of FC Barcelona.

“It means that the industry of football is increasing, is growing and that is good for fans.”

The club is expected to sign an agreement for sponsorship – this investment will cover upgrading the stadium’s facilities.

Recently the team was caught in the middle of Spain’s politics following the Catalan independence referendum.

“Sponsors aren’t worried about that. Players’ main concern is that we have to play and we have to be competitive,” Bartomeu added.