How much beer will an AB InBev SABMiller super-brewer produce? 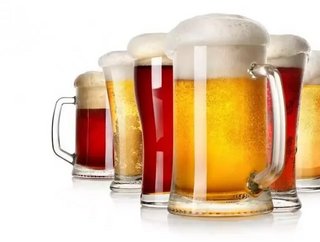 The companies have spent more than a year seeking regulatory approval from the likes of the European Union, and now the £79 billion deal looks set to go ahead by October 10 after a meeting earlier today.

But how much beer does this equate to? A few calculations can provide a general estimate, and the numbers don’t disappoint.

According to Statista, in 2015 AB InBev produced 457 million hectolitres of drinks (vast majority of which is beer), equivalent to 45.7 billion litres. The company holds a market share of just over 20 percent. Given SABMiller’s market share is just below 10 percent, we can estimate it produces around 200-225 million hectolitres, or 20-25 billion litres. Merge the two companies together and the new master brewer could be producing anywhere between 65 and 70 billion litres of beer each year. That’s about a 1,000 litres of beer for everyone in the UK, or 2,000 pints.

In a bid to push the deal through, AB InBev has had to sell off some of its brands, with Japanese company Asahi buying the rights to Peroni and Grolsch brands.