SABMiller's Mwanza Brewery in Tanzania is model for sustainable malting 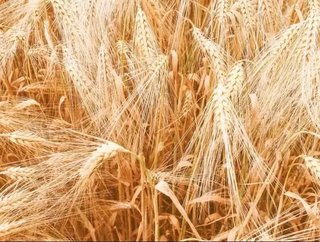 Internationally-renowned brewer and beverage producer SABMiller has announced that it has changed how its brewing ingredients are prepared and has subsequently made a significant stride towards reducing its carbon footprint.

Using ‘dry de-husking’ (DDH) a new technique whereby the outer husk from malted barley grains is removed before the first stage of the brewing process, known as mashing, and involves soaking the barley in hot water to extract sugars.

DDH requires less energy to be used during mashing, since less hot water is required to penetrate the grains; discarded husks can be collected and used as biofuel for the brewery’s boiler, decreasing the use of fossil fuels.

SABMiller developed DDH as part of a partnership with German brewing innovator Dillenburger & Hertel GmbH. After a successful pilot at its Mwanza Brewery in Tanzania the company is now looking to apply the technology to more facilities around the world.

Thomas Brewer, Engineering Manager at SABMiller, explained: “By using DDH in Mwanza Brewery we have made a significant improvement in energy efficiency and emissions, with no impact on our traditional brewing techniques or the quality and taste of the beers that we brew there.

“Dry de-husking helps brewing move a step closer to being a truly circular process which generates no waste: barley is harvested, malted and milled, we harness the energy of the husks and can even make use of the ash that is left behind, as this can be used as fertiliser for the fields in which the barley is grown.”

DDH is an important part of the company’s commitment reduce waste and operate as cleanly as possible; its breweries already reuse or recycle nearly 90 percent of their general waste, while 99 percent of spent grains are reused by farmers as animal feed or to generate renewable energy. SABMiller is confident that it is on track to achieve a 50 percent reduction in on-site greenhouse gas emissions from its breweries by 2020.