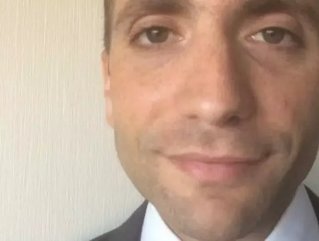 UK companies wasted more than £2.3 billion on non-EU international payments in 2014, according to a report from FXcompared Intelligence, the independent research division of FXcompared. A lack of awareness of better bank rates or non-bank foreign exchange and international money transfer services is revealed to unnecessarily add billions of pounds to the cost of exporting and importing, with SMEs suffering disproportionally.

The research estimates that UK companies exporting goods outside the EU needlessly incurred upwards of £670 million in unnecessary direct currency-related transaction costs in 2014. For UK importers sourcing goods from non-EU countries, the amount is upwards of £1.6 billion.

The figures are particularly startling, given that SME revenue from international trade and dealings with non-EU suppliers has significantly increased in recent years and this does not look like slowing. This will drive demand for non-euro foreign exchange transfers and compound the already expensive problem of non-EU payments.

Efforts to mitigate concerns are often limited, whether through lack of knowledge about, or access to, financial products and services that have the potential to reduce challenges and costs associated with paying or invoicing in foreign currencies.

Jonathan Hyman, Chief Economist, FXcompared Intelligence, said: “Smaller businesses, especially those in specialist sectors, often do not have the scale and capacity to manage their international transactions and currency risk effectively, and they are often not well served by their banks. This significantly adds to the cost of doing business with customers and suppliers outside the UK.”

The company’s Managing Director Daniel Webber said: “Currency volatility and foreign payments risk are cited by UK SMEs as two of the major obstacles to trading internationally, but are too often seen as ‘inevitable’ costs of dealing with foreign currencies. This does not have to be the case, however. As SMEs continue to increase their international footprint, understanding how to manage international payments more efficiently – and how to access risk-mitigating currency products and services – will be key in limiting foreign exchange-related costs.”

The research can be downloaded here