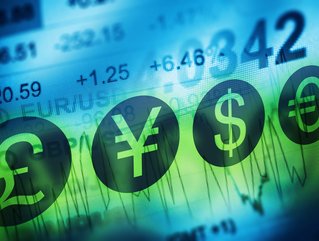 The corporations reported US$9.86 billion in tailwinds and US$2.13 billion in headwinds in the third quarter of 2021.

Companies in North America experienced greater tailwinds than in Europe, with US$9.32 billion in FX-related positive impacts – a decrease of 145% from the previous quarter. European companies reported US$541 million in positive currency impacts — down 20%.

“Headwinds and tailwinds combine to reveal the vulnerability North American and European multinational corporations’ revenues and earnings per share have to currency movements. As the era of low interest rates and, potentially, the strong US Dollar concludes, these quantified impacts are a troubling warning sign as this next environment will become more challenging for CFOs,” said Wolfgang Koester, Chief Evangelist for Kyriba. “CFOs have a long way to go to mitigate risk and include substantial currency gains as part of their earnings revenue.”

Recent interest rate rises from central banks have added to the volatility, but the European Central Bank’s President Christine Lagarde has warned against betting on a flurry of interest hikes ahead. She cited the unusual energy price rises as reasons to believe that soaring inflation may cool as those energy prices stabilise.

“Supply chain disruption, currency volatility and inflation are testing CFOs and treasurers’ enterprise liquidity strategies. For the remainder of 2022, execution of applicable best practices to protect shareholder value will be a large driver for growth and necessary risk reduction. CFOs need to demonstrate to their investors and Boards how to best optimise enterprise liquidity in this new economic environment. They are going to be expected to demonstrate strong balance sheet and cash forecasting precision with various cash flow scenarios,” said Koester.

What is the Kyriba Currency Impact Report?

The Kyriba Currency Impact Report details the impact of foreign exchange exposures among publicly traded companies. All companies in the report operate in more than one currency, with at least 15% of their revenue coming from nations located outside of their headquarters.

Kyriba manages more than 1.3 billion bank transactions per year, and 250 million payments for a total value of US$15 trillion annually.