Q&A with UEFA: Euro 2016 and the impact on business 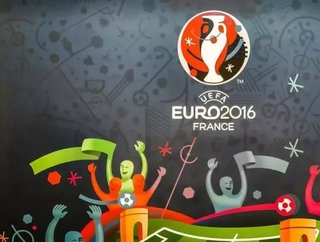 Football is big business, and month-long tournaments such as Euro 2016 offer companies a chance to generate some serious extra income. It also presents challenges for the organisers, who have to liaise closely with all stakeholders before, during and after the event.

We asked UEFA a few questions on how it went about preparing for Euro 2016 in France.

1. What impact will Euro 2016 have on businesses across France and elsewhere in Europe?

UEFA: According to the figures in a report prepared by the Centre de Droit et d’Economie du Sport (Law and Sports Economy Center) in France, over 1,266 billion € will be generated in France thanks to the competition.

2. Are businesses embracing the excitement generated by the event?

In general, we have noticed a high interest for the competition, as shown by the following statistics:

3. How has UEFA been working with businesses to ensure the smooth running of Euro 2016?

The official licensing programme is an important part of the promotion of UEFA EURO 2016, enabling supporters of all ages, in France and around the world, to connect with the competition.

In order to ensure that the licensing programme is a success, UEFA, as in the past, distinguishes between three types of licence:

CAA Eleven, the exclusive marketing partner appointed by UEFA to manage the commercial rights for its national team competitions, is selling and directly managing super licences, while licensing agent IMG Licensing is selling and managing all the classic product and retail categories, which represents a higher volume in terms of the number of deals.

This two-fold approach enables UEFA to maximise its reach to fans with meaningful products, with CAA Eleven’s activities clearly focused on certain flagship categories, while also benefiting from its expertise and the specific resources of IMG Licensing.

4. What are some of the challenges presented with organising such a huge event? How are these overcome?

It is a big logistical effort which needs a lot of planning ahead of time. That’s why host associations are appointed six years in advance. Challenges depend a lot on the host country, for instance public transports in France were already well-organized and widespread whereas in Poland and Ukraine in 2012 the situation was different.

5. How important is it for an organisation like UEFA to work with businesses/communities in the host nations to make the most out of these sporting occasions?

6. Beyond the top quality football played on pitch, does UEFA recognise and embrace how football can bring wider benefits to business and communities?

When organising an event on the scale of EURO 2016, the environmental and social stakes are high. UEFA takes these challenges seriously and will make a real effort to contribute to sustainable development. UEFA aims to progressively reduce its environmental footprint, operating in a socially responsible way and gauging the tournament’s economic impact. UEFA’s strategy also puts great emphasis on ensuring that EURO 2016 leaves a positive legacy for the host cities, the stadiums, French football and UEFA. The expertise gained at EURO 2016 in the field of social responsibility and sustainability will foster similar approaches for other UEFA competitions and within the UEFA member associations.